Here's what's going on in the garden after some nice rain before we head into a scorcher of a week.
Several lavender plants are drawing various pollinators into the garden - hummingbirds, bubble bees, bees, and butterflies.
The plum tree is alive.  I thought it had been lost after it bloomed in the fall and produced leaves into the winter.  Those leaves looked awful and sad; but it bloomed this spring and produced some fruit.  Most of that fruit has fallen though.
The peach tree got away from my pruning shears last year.  Once the fruit has been harvested in a few months, I'll work on slowly trimming it down to a manageable espalier.
Good ol' Granny Smith looks like it is thriving and will provide plenty of apples at the end of the summer.  This tree had some problems with scalding a few years ago.
The Red Flame grapes were pruned a bit today by Farmer MacGregor.  He took down an unfilled Scrub Jay nest that distressed those nest builders.
The Warren pear tree never bloomed (AGAIN!) and the Fantasia Nectarine lost all of its fruit.  The Bleinheim apricot has had a few prunings so far this spring.  The fruit has a bit of cosmetic damage from the sun and wind.  Hopefully, it won't do a thing to the flavor.
A few peas have started to develop.  I'm surprised since the heat came early.  Maybe I'll get a few to sample.
Celebrity tomatoes have produced well in the past even though there is a nematode problem.  This year is no exception.  There is hope of homemade salsa.
Thornless boysenberries were covered with netting today to fight off the pesky birds.  This season may not be as bountiful as last.  If so, I'll blame it on my pruning.
Serrano peppers are great stuffed with cream cheese and wrapped with bacon.  They are also my pepper of choice for making salsa.
Most of the irrigation is only twice during the week.  Basins are filled from the hose.  This method may encourage the roots to push deeper into the soil and not dry out as fast.  I may be wrong since so many encourage drip irrigation.  We'll see.
Posted by MAYBELLINE at 6:00 PM 3 comments:

Just a quick notation of Spring progress in the garden. 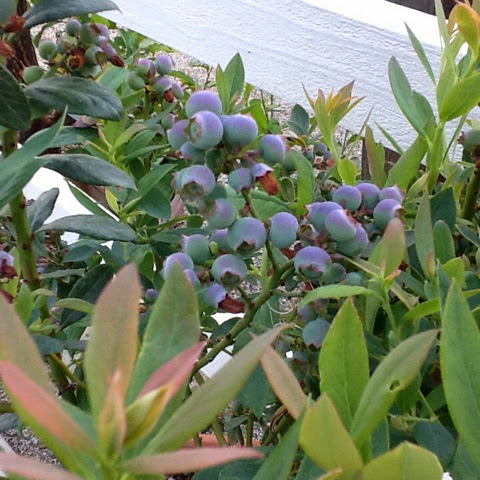 The Pink Lemonade Sunshine Blue blueberries are developing nicely.  These are in a pot so it's much easier to keep the soil acidic.  Netting to combat those thieving birds needs to be put in place this weekend. 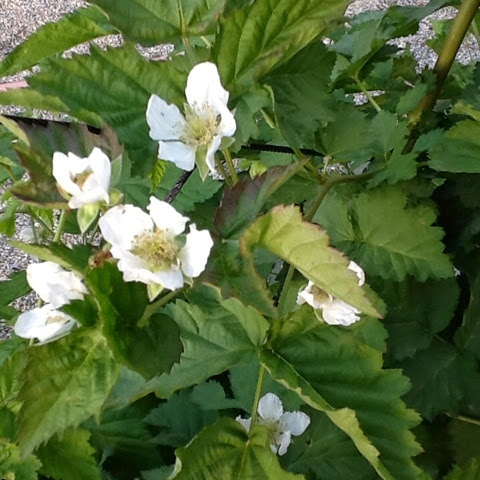 Thornless boysenberries (6 plants) are producing well.  Once the petals have matured a bit more, bird netting will be installed here as well.  It's a lot more difficult than with the blueberries. O'Henry blossoms have faded giving way to developing peaches.  This summer I will try to correct some pruning neglect from last year.  More on that in a later post. 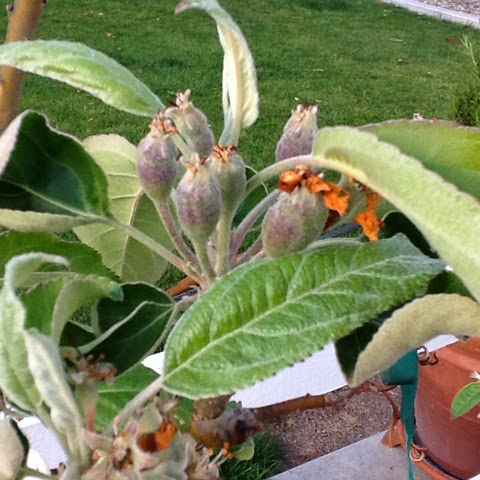 Granny Smith apples are coming along beautifully.  I don't thin out the fruit.  Nature will drop the weak ones in most all cases. 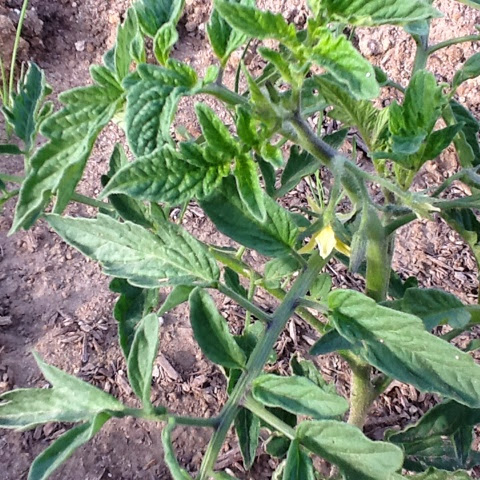 Celebrity tomatoes (6) all have multiple blossoms and are thriving amongst the onions.  I suspect that when the heat turns up this week (95 by Wednesday), these plants will be going bonkers.  In the meantime, I'm loving this cool, overcast Saturday. 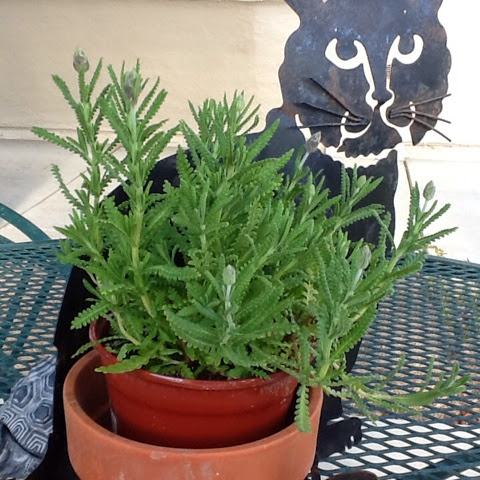 I picked up a little lavender plant that needs to be potted. It's already developed buds.  No doubt it will enjoy the heat next week and be in full bloom.

That's a quick peek at what's going on in the garden.
Posted by MAYBELLINE at 8:35 AM 7 comments: