Last evening, we pulled out the last of the watermelon.  There were still a few melons developing.  There were even some blossoms; but they were past their prime. 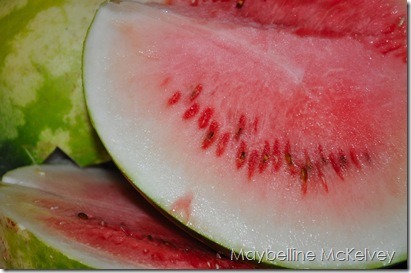 Here’s some of the Crimson watermelons in the garbage heap.  They just didn’t have any flavor left in them this late in the season.  Crimson can be recommended for flavorful, round melons that produce well in zone 9.

This morning, I got out there and turned the empty bed to prepare it for fall planting.  I have read that to encourage healthier soil, there should be a minimum of disturbance.  “Hog wash,” I say.  Around here, tractors disc under crops aerating the soil and helping with the health and drainage of the earth.  This isn’t a scientific study or anything, it’s just what I’ve observed farmers practicing here in the San Joaquin Valley.  Nuff said. 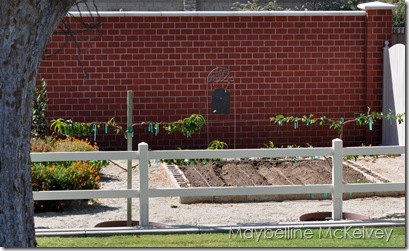 The western most bed has been cleared and planted with fall crops.  See the brick wall?  I’m trying to determine what to plant back there.  It’s 60’ long and the planting bed is about 3’ wide.  Camellias?  Wisteria?  Boston Ivy?  Any suggestions are welcome.  I’ll post the progress of planting that bed here whenever I figure it out. 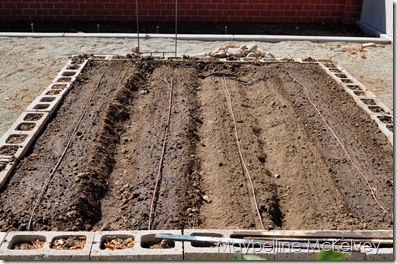 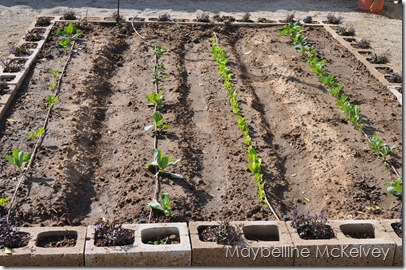 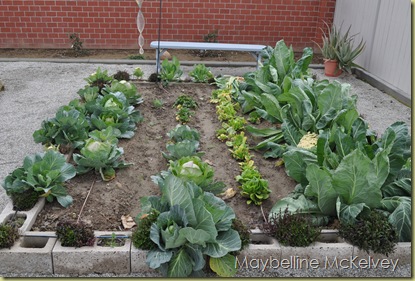 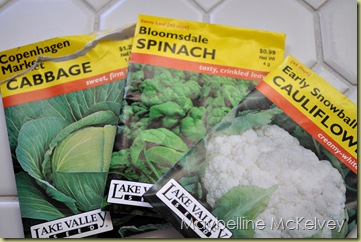 The fallowed row will be planted with more spinach once this round has sprouted.  I thought I had broccoli seeds out in the shed; but I couldn’t find any.  Next,  we’ll clear out the cantaloupe to make way for more fall crops.

I’m also looking for a recommendation for garlic in zone 9.  Taste is the driving factor in my choice.  Looks don’t mean a thing if it ain’t got that zing!

Please feel free to leave your suggestions for the brick wall planting and your choice for garlic in the comments section. 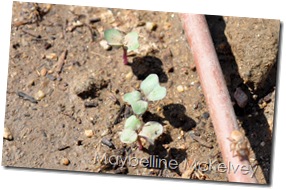 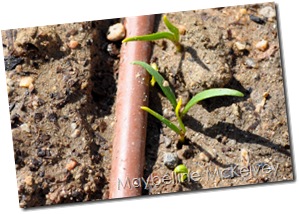 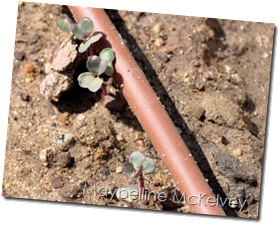 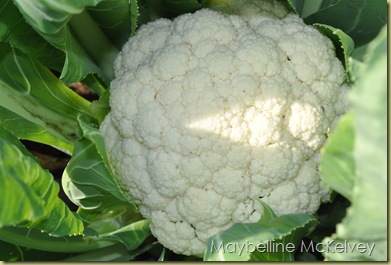 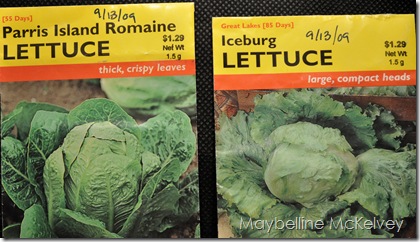 I decided to plant a row of lettuce rather than another row of spinach.  Half of the row is planted in Romaine and the other half is planted in Iceburg lettuce. 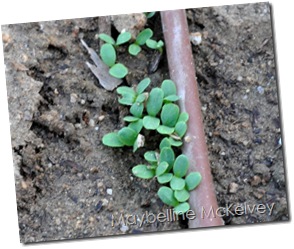 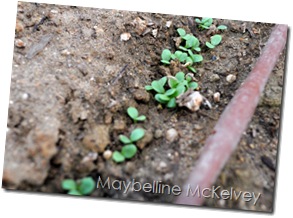 When I went out to turn the dirt in preparation for broccoli and onions, I noticed that the lettuce had sprout already.  It was only planted 4 days earlier. 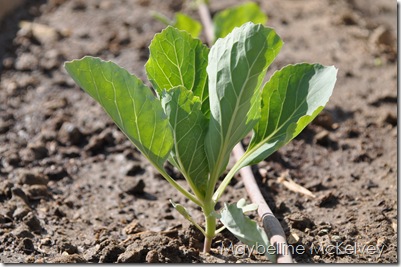 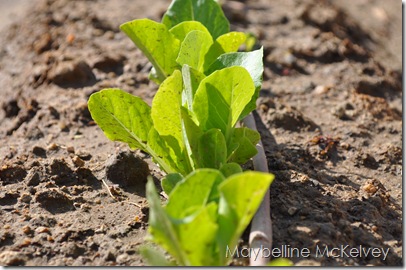 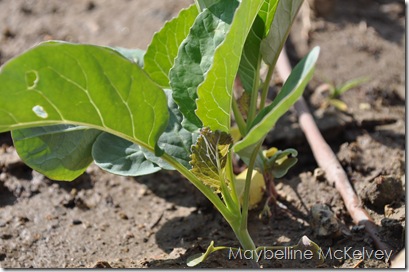 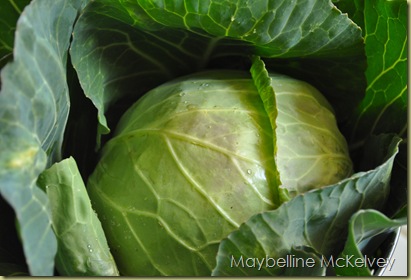 Be careful following too closely what the San Joaquin farmers are doing. Commercial agribusiness practices heavy rototilling as a cheap way to keep weeds at bay. Then they address the imbalance in the soil by heavy, heavy application of fertilizers. Which again imbalances the soil. Better to cut and carry your stuff to the compost pile then spade that through the soil when it's done.

But then, you, with your spade, probably can't do the kind of damage to the soil that is talked about with over tilling. You'd probably be on par with the "tilling" a wild boar might do or a herd of deer with their hooves -- which is beneficial to the soil. So again, you with your spade are probably just what Mother Nature ordered.

P.S. -- I'm getting a lot of this from various Rodale organic gardening books, plus an interesting interview with one of the country's most successful sustainable farmers in Michael Pollan's "The Omnivore's Dilemma".

All the vegetation was yanked and toted to the compost. I only turned earth onto earth. Just fluffing it up a bit.

You are the best role model for gardening that I've come across yet. I started clearing out the garden yesterday, but didn't bother to take photos because I didn't think it would be of interest to anyone.

But here, look at you! I love how you've got everything already set up. It's the "little shove" that I needed to finish clearing, weeding, turning the soil.

Hi Maybelline, this is Kavita from India. Your comment on Fuoriborgo about bones, calcium & vinegar brought me here, looking for you; that was good sense. Am I glad to be visiting you. I l-o-v-e the pooch. My mom has an 8-yr old leonberger girl who wears a similar look on her face. She has a farm with lots of medicinal herbs, mangoes, pears, guavas, lemon trees yes, but few vegetables.

Thanks for the comment, Kavita. Your mom's farm sounds interesting.