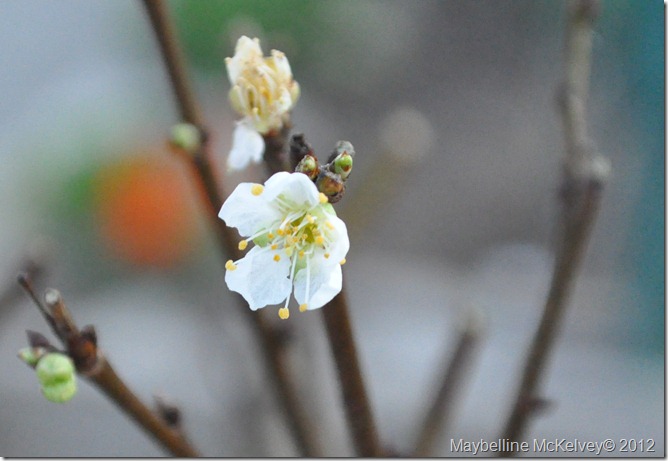 The Santa Rosa Plum is once again the first fruit tree in the garden to break its bud.  Here’s the history:

2011 was the 1st year this tree could hold fruit.  Production was vigorous.  Temperatures have been very warm so early in the season and rain has been almost nonexistent.  The trees were fertilized on February 20, 2011 through to October 29, 2011.  Fertilizer was applied every 4 – 6 weeks between those dates. I plan to pick up some fertilizer next weekend and apply the 1st feeding of the year.Manual irrigation will most likely continue on through the growing season of 2012.

This year, the tree was pruned to encourage healthy espalier growth.  Dormant spray was applied 3 times:

Even though the dog is using his own pruning technique on the trees, I’m hopeful for a bounteous year of tree fruit.

Posted by MAYBELLINE at 8:12 PM

So , you don't LIKE the way the dog prunes? LOL! How funny!