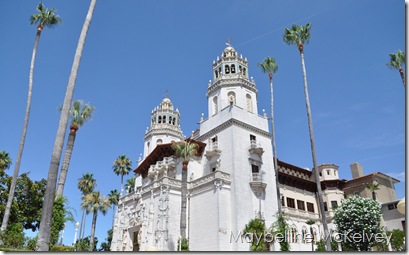 My mother’s birthday is on September 12th.  My gift to her was a day trip over to Hearst Castle for a tour of the gardens then lunch in Cambria.  She loves Cambria and loves to visit the Central Coast of California.  Those of us that live in the Central Valley of California flock to the Central Coast of California to escape raging heat, almond dust (Farmers shake the trees to harvest the nuts.  This causes more dust than normal in the air.), and endless sunshine.  That’s right.  Like those that live to the north and go nuts because of too much rain or snow; we go nuts (mostly almonds) with the continuous sunshine.

We headed out moving up Highway 99 north to Wasco.  Please note:  locals will refer to highways/freeways in the same manner I do.  Those relocating from LA refer to highways/freeways as follows:  “the 99” or “the 5”.  I hope this brief explanation has been helpful.  My mother-in-law lives in Wasco.  They are famous for growing roses.  I wrote about it here.  Continuing west, over I-5 (See?  There’s another freeway/highway reference.) and through the settlement of Lost Hills.

But wait, my mother wanted to hit the McDonald’s drive thru for a “Senior” coffee.  I told her that I would pay for the coffee.  She didn’t care who paid for it.  She earned her “Senior” coffee; and wouldn’t stand for anything else.  We zoomed through and continued westward.

Highway 46 can be a bit frustrating to drive.  Most of the way, it’s just one lane winding west and another winding east.  It can be deadly very often from drivers thinking they can pass slower vehicles safely.  The beach goers from Bakersfield join up with those from Fresno at the junction of Highways 46 and 41.  James Dean was the most famous of those to end their life on Highway 41 near Cholame.  Thankfully, there are occasional passing lanes to help me with my affliction of lead foot.

As we close in on Paso Robles, the vineyards get thicker and thicker. From Paso Robles, we peel off on Highway 101 south looking for the Hearst Castle signs directing us to turn west on Highway 41.  Highway 101 is called El Camino Real - The King’s Highway.  It connects all the California missions.  It was a pretty cool drive when I was a kid and it’s still a pretty cool drive all these decades later.  Highway 41 is a short distance away and it’s an even nicer drive climbing through the vineyards and the coastal range.

It was always fun to see who could see the ocean first.  On that day, no one could.  There was fog.  Sweet, sweet fog.  When we joined up with Highway 1, we rolled the car windows down and enjoyed the cool, damp air.  North through Cambria and up to San Simeon, Highway 1 is probably very similar to how it looked 50 years ago.  Thankfully, Hearst still owns a good portion of the land that remains undeveloped.

We arrived in plenty of time to just take our time.  First thing, 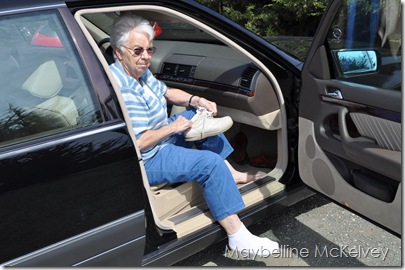 practical footwear.   There is a lot of walking involved and a lot of stairs involved.  Since it was cool at the base of the hill, we assumed it would be even cooler up the hill.  We took jackets.  Bad move. 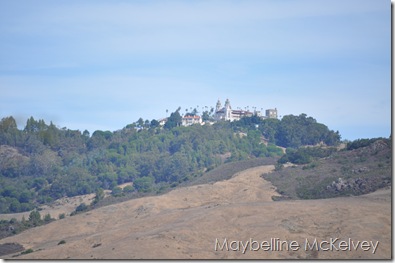 It was hot up there. We regretted bringing jackets and wished we had brought swim suits to splash around in one of the pools.  More on those a bit later.

We strolled to the visitors’ center 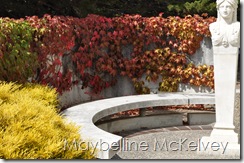 and picked up our tour tickets then we wandered through the gift shop and looked at all the things we didn’t need.  We decided to go wait for our tour bus.  Before we could get to the the bus we were asked to stop and pose to “make a memory”.  I brushed them off and said that we didn’t want any pictures.  As we were waiting for the bus, my mother expressed her desire to “make a memory”.  We went back inside and posed for our memory.

The tour bus loaded up all of us tourists and started the standard climb up to the castle.  Red flags were shooting up because it was hot on the bus.  It was hot off the bus.  What was I going to do with my sweater?  I tied it around my waist.  My waist was hot.  Geez!

Art was our tour guide.  He told us some facts and herded us up stairs and along pathways.  He took us to a hidden terrace buried beneath the current terrace.  It was discovered by accident and was like being on an archeological dig.

The heat was getting to me.  I just wanted to strip down and realize my long put off fantasy and dive into “my” pool. 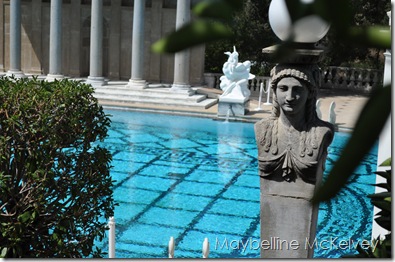 I would settle for wading knee deep in this little pool off to the side. 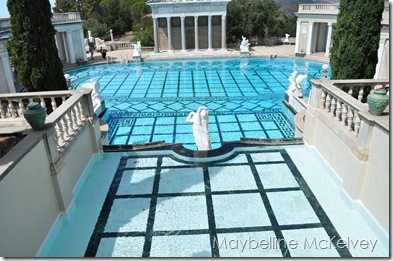 I wanted to go swimming and I didn’t care if I missed the rest of the tour.  But we moved on.  Sadly. 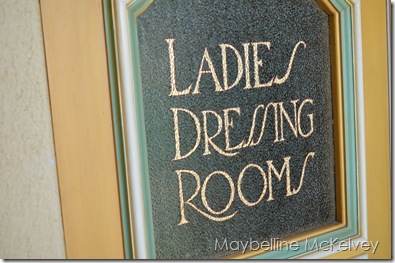 There were a bunch of these in the building off the side of the pool.  Surely the group wouldn’t miss me if I just hung out here then made a giant cannonball into the deep end. 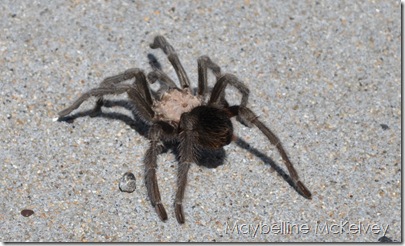 Art must have thought he would get some of us tourists to scream when we came across this guy on our path.  Our group was too hot to think much about this guy.

We enjoyed strolling along the pathway, stopping in the shade and listening to Art tell us stories and try to answer questions. 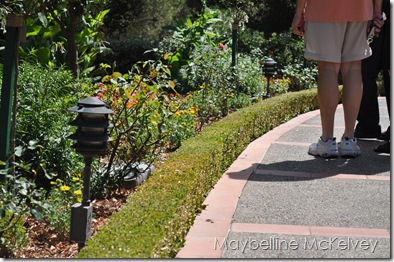 The view was pretty nice. 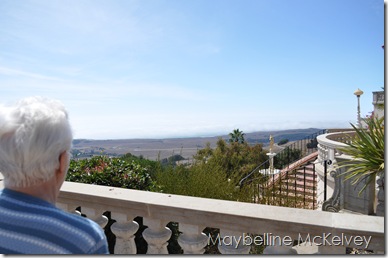 That Hearst really had a nice idea.  I think I could be comfortable living here so long as all these tourists would leave me alone so I could take a plunge.  Art took pity on us and brought us into a guest house to enjoy the ocean view. 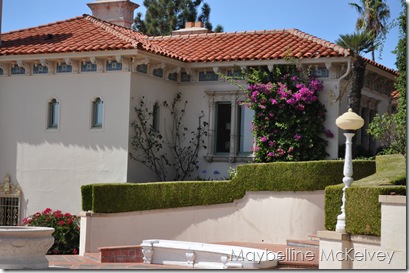 There were fans plugged in and benches for us to take a load off.  Art let us rest for precisely one minute then moved us along.  We went down to the wine cellar.  I was under the impression that Hearst didn’t allow any kind of “hooch” at the Castle.  Apparently, wine was not considered “hooch”.  We passed by the tennis courts and walked down the path to see what was beneath those tennis courts. 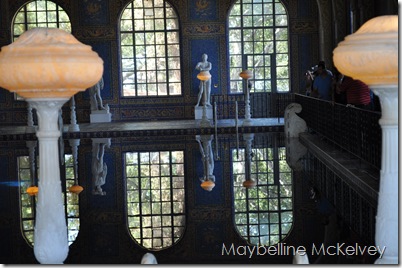 Crikey!  Another pool?!  This is torture.

It was time to load up onto our tour bus and make our way back down the hill.  We were glad to go and made sure our windows were down.  When we disembarked, we headed for a “powder” then picked up our “memory”.  We needed to cool down even further and went into the National Geographic Theatre to watch the movie.  Ahhh!

We had fish and chips in Cambria after strolling around the shops and headed for home.  My mother fell asleep in the car while I was getting gas in Paso Robles; so the trip must have been a success.

When I booked the tour, I thought I would return home with disappointment thinking my garden has a long way to go. I am not disappointed.

Posted by MAYBELLINE at 9:21 PM

what a great trip! On the next one, you might also want to swing by one of the best preserved of the Missions, St. Antony Padua.

And how could your mother fall asleep? She'd had her Senior Coffee.

I LOVE Hearst castle, and I am with you on the pool. When I was there I asked if they ever had weddings there and the tour guide told me yes! Can you imagine having a delightful cocktail party out there, having it all to yourself? I'd be so in heaven . . .