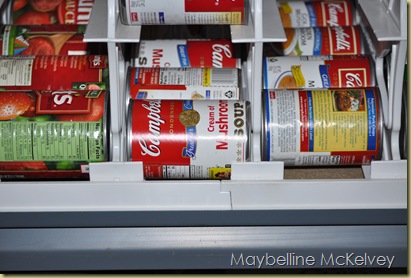 Does anyone put food away?  You know.  Store it for an emergency.  I canned tomatoes this summer.  Those jars are history.  They are waiting for this summer’s harvest.  They are stored on the shelves beneath my store bought food stuffs.  Food stuffs.  That’s a peculiar phrase.

Mr. M was addicted to the salsa and I did my fair share of cleaning out the jars.  Mr. M also likes to have his shelves stocked as if a mini grocery store was in our garage.  Today, I hit Costco to start restocking Mother Hubbard’s cupboards.  Although the store bought stuff isn’t as good as home canned, it’s nice to have a few items on the shelves.  I have a nifty can rotating system too.  The can is pulled from the bottom.  The other cans in line behind roll forward.  Pretty cool.

It certainly says a lot about my stage of life when I store the kosher salt, apple sauce, onions, and Listerine next to Elton John and the Average White Band. 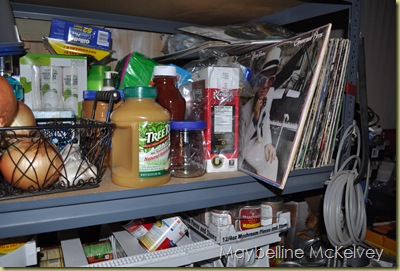 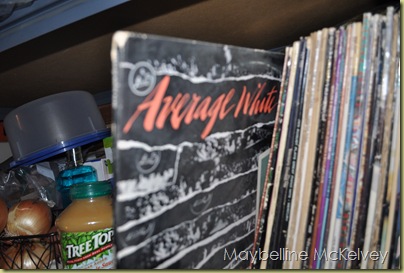 Perhaps a serious intervention is in my future.  Maybe after I organize the shelves a bit better.

Posted by MAYBELLINE at 8:30 PM

I wouldn't hoard storebought stuff (although I should in earthquake country). But this summer I resolve to be a canning fool. My larder will be overflowing.

"It certainly says a lot about my stage of life when I store the kosher salt, apple sauce, onions, and Listerine next to Elton John and the Average White Band."

We do store both home-canned and store bought. As of now we just don't grow as much as we need but I feel better knowing we would at least have something to eat in an emergency.