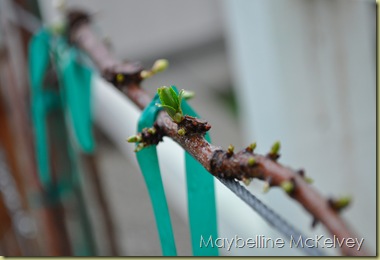 It’s definitely springtime in the garden.

All the blossoms are popping.  The six dwarf fruit trees were planted as bare root stock on January 12, 2009.  All are being trained espalier in three tiers.  This will save space and encourage more fruit production.  Plus, it will look great.  Surprisingly, two trees produced fruit on such young limbs – peach and apple.  The peach gave 5 pieces of fruit while the apple gave 3.

Here’s how the blossom race is shaping up: 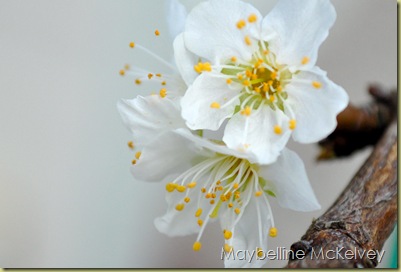 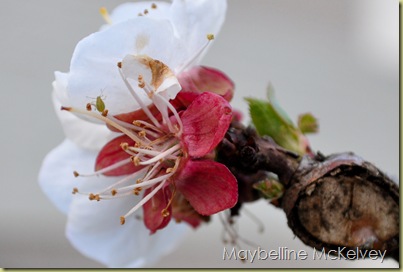 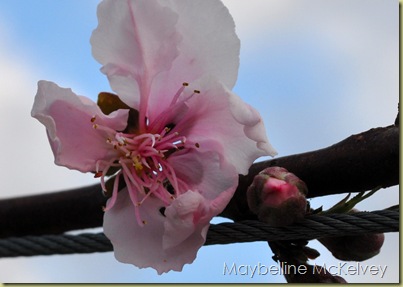 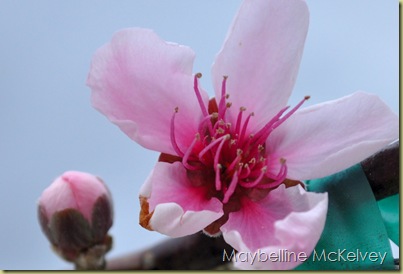 Still to show up to the race are apple (Granny Smith) and pear (Warren).

All the trees seem to be blooming about one week earlier than last year.  Last year, there was unusual heat in February and not much rain.  February 2010 was cool to warmish with a nice amount of rain.

Posted by MAYBELLINE at 8:27 PM