The line of boysenberries (6 plants total, 5 bare root, 1 from pot) has been planted.  They are located where azaleas failed.  The loose soil was amended with acidic compost just like the azaleas.  The six berries are along the curb.  Failed camellias are closest to the wall.  More on that later.

Note:  Farmer MacGregor has part of the fence dismantled for maintenance.  Of course, paint is involved. 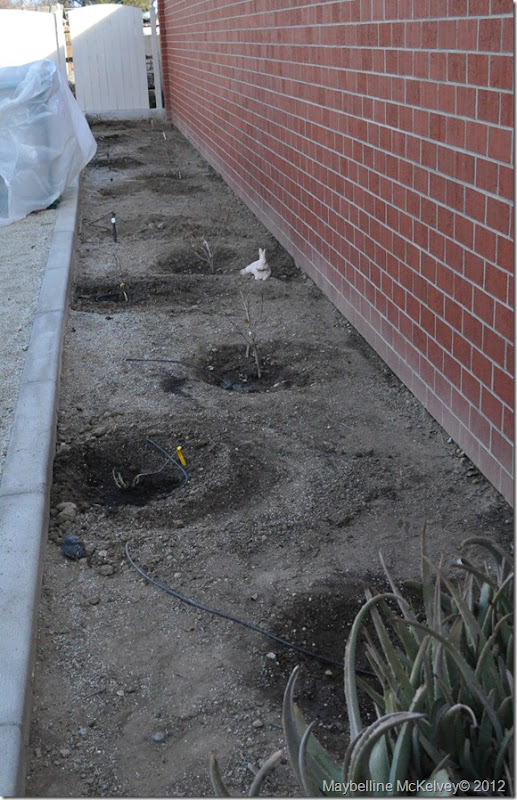 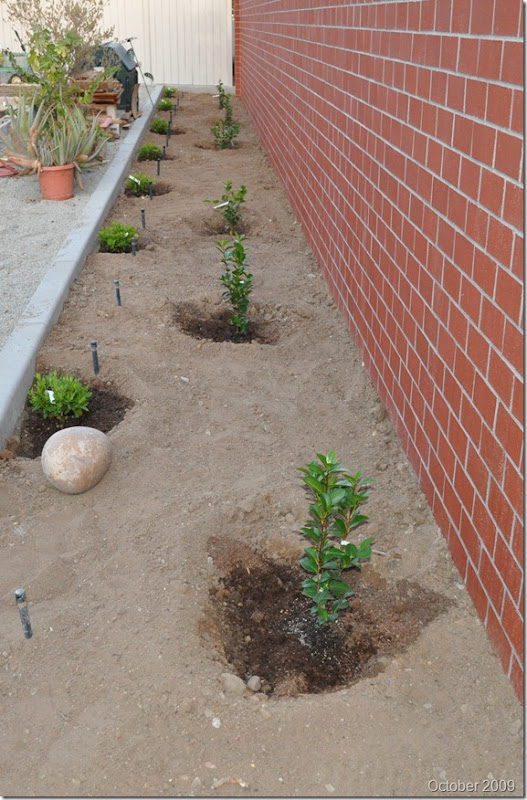 Don’t know what led to the demise of the camellias.  The planting location is in well drained soil that is in complete shade from the wall in the winter time and complete sun in the summer time.  There was shade cloth erected during the summer to protect the plants but I’m done with babysitting.  Now I’m trying to determine what will grow successfully there.

Something hardy that thrives with little attention is ideal.  Large white flowers would “pop” against the backdrop of the brick wall.  I thought a white hydrangea might be nice but the sun would be too brutal.  I skimmed through my Sunset and thought a Viburnum – Chinese Snowball would work.  When I went to the nursery today, they told me that shade was needed.  What gives?  Has anyone in the Central San Joaquin Valley had success with Hydrangea or Viburnum growing in full sun?

Instead, I purchased an Iceberg rose to try.  It’s not an investment if it fails but I do hope it’s successful. 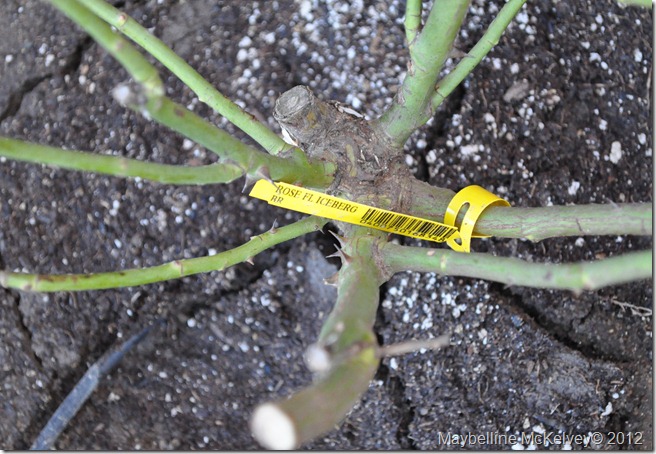 I have had a wisteria that my father gave me years ago.  When the yard was remodeled, it was transplanted.  I thought we had killed it but it kept on going.  Enter Ajax.  That pup loves to teethe on the old vine.  I’m not sure if it survived his last attack; so a bare root blue wisteria was planted along side just in case. 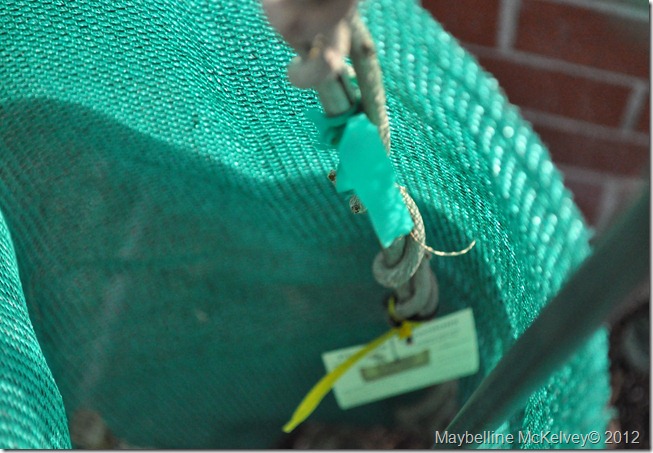 Some shade cloth and metal posts are used to construct barriers around all of the wisterias.  Now there are 3 growing under the pergola.

The lavender and chrysanthemums were pruned and vegetable beds hoed. If it ever gets cold and rains, I will look forward to a day of indoor lounging.

Posted by MAYBELLINE at 3:48 PM

My experience with hydrangeas here in the valley is that they do need afternoon shade. And lots of water. I haven't grown viburnum. I think the iceberg roses should do well. Is that Peter Rabbit in the first photo. It's too early for the Easter Bunny!