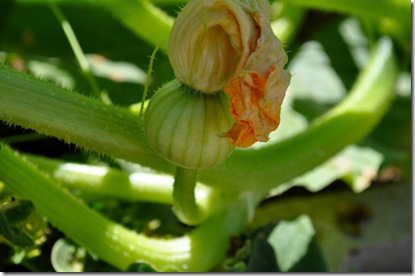 I love when it comes time to turn the calendar to October. It’s a signal that the furnace I know as the Great San Joaquin Valley will begin to cool. The plants and the gardeners are exhausted from the toll the hellish heat takes. Today, just thirty four days after planting, I have pumpkins. Not just any pumpkins. I have Cinderella pumpkins. I expect magic. 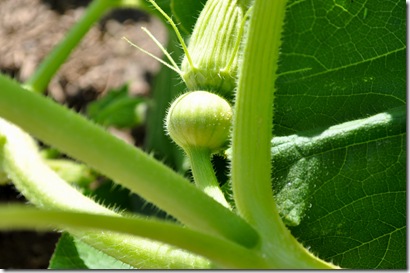 It’s already pretty magical that I have gotten this far growing pumpkins. My past attempts were very unsuccessful. This time, I’m letting the vines take over the onion patch (at least until I’m ready to plant cabbage, cauliflower, and broccoli) just as the cantaloupe have taken over the potato patch. 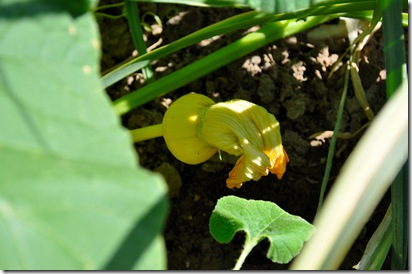 The fairytale can continue as long as I don’t have to endure rodents. That’s where the magic ends.

Posted by MAYBELLINE at 9:41 PM

just the name of these pumpkins are beautful and magical, as you say. I'm grinning. Aren't these blossoms beautiful? if i didn't have to leave them on for food production i'd be cutting off the stems and putting them in a vase