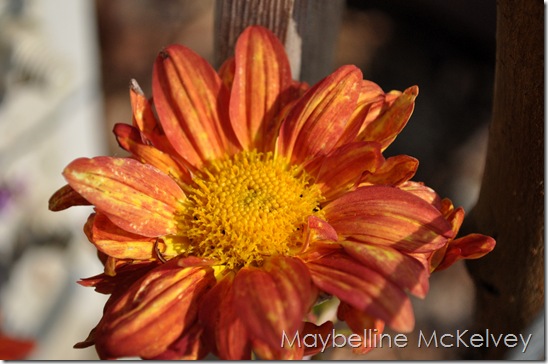 There are some unbelievable blooms blooming in the garden in mid November.  A little chrysanthemum that my mother brought to Thanksgiving dinner last year is making a comeback in 2010 with not much attention from me.  I need to reconsider this plant since it’s nice and tough – just the way I like a plant – nice and tough. 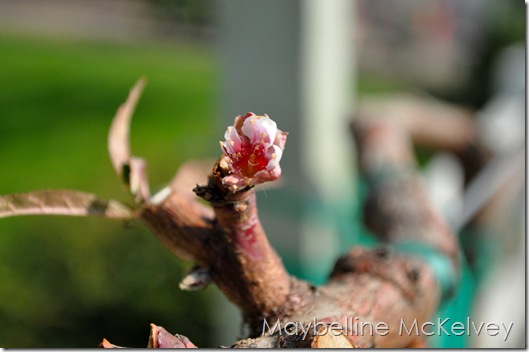 The peach tree is behaving as if it’s Spring.  It did this last year.  Perhaps it’s trying to convince me that global warming is real OR perhaps it’s simply a tree attempting to reproduce before it gets cold.  And it will get cold. 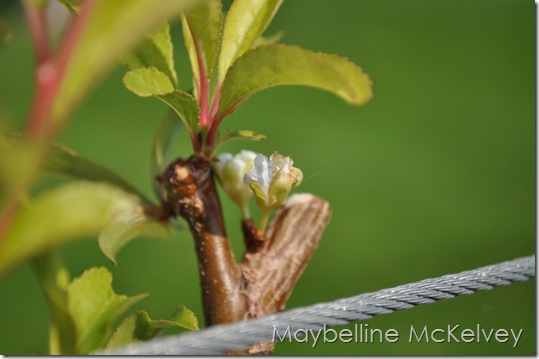 The plum tree also has a few buds.  Maybe six months from now I will be enjoying the prospect of harvesting plums for the 1st time from this tree. 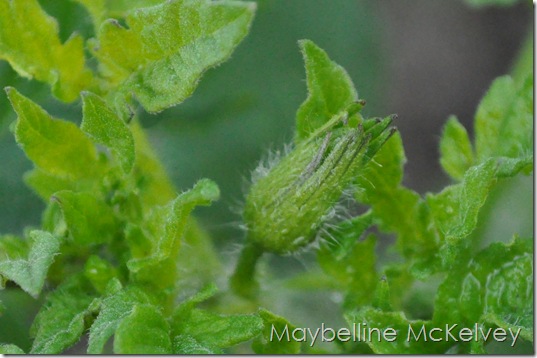 There’s a volunteer tomato thriving in the cabbage patch.  It’s doing so well that it now has about a half dozen buds on it.  Wouldn’t that be crazy to have tomatoes in the winter?

Since global warming believers label me a “non believer”, I thought I would chart out the hottest days ever in Bakersfield since record keeping began (which ain’t very long); so how can you argue global warming or cooling?  I know.  I know.  Lake varves, tree rings, glacial markers.  I get that. The National Oceanic & Atmospheric Administration provided the data I plotted out.  Here’s what I found. 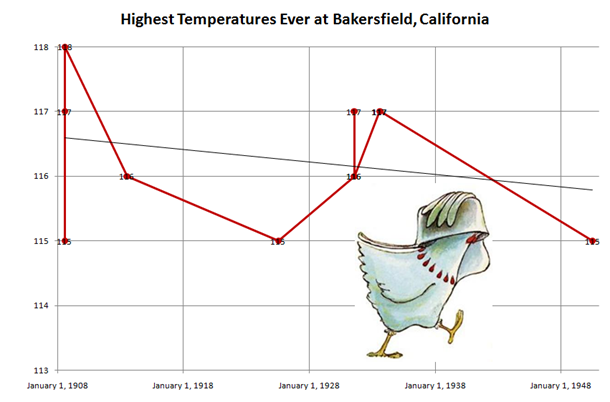 It seems that the hottest days on record were in the 1st half of the last century; so I threw in a trend line to show me that the trend is that the highest temperatures are cooling through time.  This is in no way a scientific study.  I was simply curious to learn if the temperatures in my area are warming.  I’ll play around with some other data to see if I get a different picture.  Either way, I still believe that humans that think they cause climate change or have the power to change climate change are souls with the best of intentions for the most part.  I could be wrong.  It’s happened before.  No kidding.  It has. I do believe in the Monkees and so should you.

Posted by MAYBELLINE at 8:41 PM

I'm right there with you, Maybelline. Records have not been kept long enough to make such a determination.