Some notable things are happening this spring in the garden as the trees mature.  For example, most all the trees are holding the most fruit they have ever produced.  At the same time, I thought the nectarine was doomed.  Not so fast.  An inspection revealed at least one viable piece of fruit.  There are others but those are so weak they will most likely blow away with the next breeze. 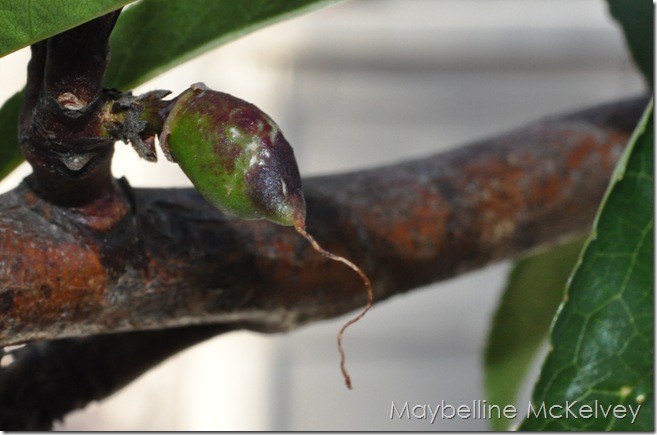 Citrus blossoms are plentiful on all of the citrus trees – lemon, mandarin, orange, and grapefruit.  The mandarin is the youngest of the citrus and has loads of little mandarins that should be ready around Christmas time. 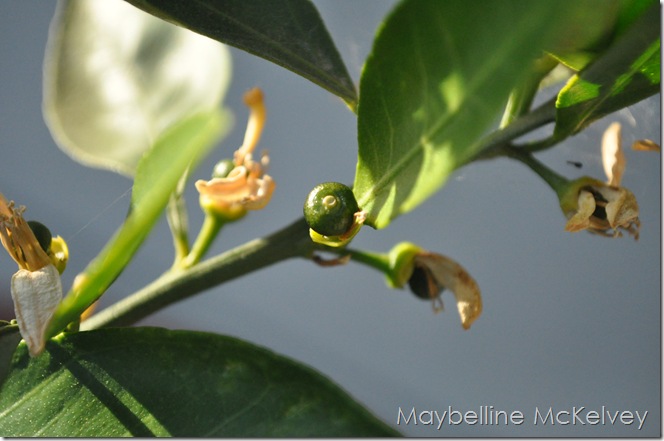 Lacking in age means this tree is lacking in strength to hold all this fruit.  Most will be lost until the tree is old enough to support the weight.  While inspecting the tree I spotted the thorns that are prevalent on citrus trees.  Holy Cow! 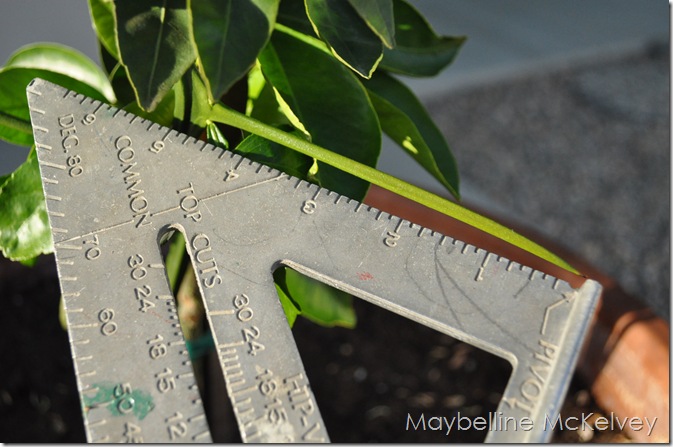 There are several thorns that measure around 5 inches.  Are these thorns?  They sure look like thorns; but mandarins aren’t noted for having thorns.  The thorns don’t appear to be growing from the scion so I can’t explain this nor do I know what to do – if I do anything.  The thorns were growing from the scion with some strange leaves.  Late tonight when I was outside re-examining the thorns to confirm where on the tree they were growing, the fragile branch broke off just like a sucker should.  Problem solved.

This is a tree from Four Winds Growers out of Winters, California.  That’s up by Sacramento.  Now Sacramento is famous for growing loads of blow hard politicians but I’ve never known them to be famous for thorns.  There is most probably no correlation.

Posted by MAYBELLINE at 9:31 PM

I love that you have so many fruit trees! I only have 5 (red navel, lemon, 2 apples, and a plum) and have yet to get any fruit off of them. I did have two plum trees that are required for pollination, but one died and the other one did flower this year, but of course I didn't get anything to set. The tree doesn't look like it has grown since I bought it last year.