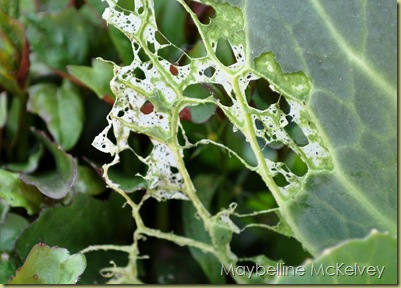 Some varmint is skeltonizing my cabbage!  The evidence/damage isn’t overwhelming.  Just a few outer leaves on a few heads.  Most all of the cabbage heads have been visited by caterpillars gnawing on the outer leaves.  They were discovered and picked off.  This recent damage is different and I can’t determine what is causing this.  I suspect beetle larvae; but I need more clues.

The next crime scene is disturbing.  You may want to click away.

Alright.  You asked for it. 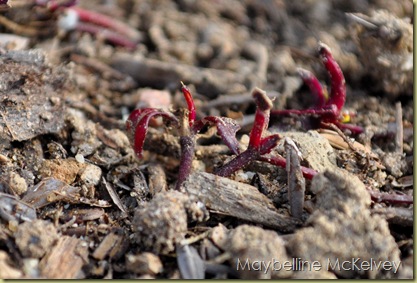 That’s right.  Something is mowing down my beets. 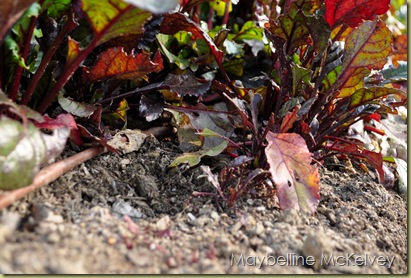 Here’s some healthy beets growing.  The little, out of focus, red dots in the foreground are the victims.

Bastards!  My 1st suspicion is pill bugs.  They’ve done me wrong before.  A few years ago, I grew heirloom tomatoes from seed.  The seedlings were transplanted into a beautiful, warm garden.  The next day, most of them had been mowed down.  What the…??!!  I came out that night to catch the fat mob of pill bugs returning to the crime scene.

Right next to the beets are carrots.  This next image may make you nauseous.  Continue on if you feel strong enough. 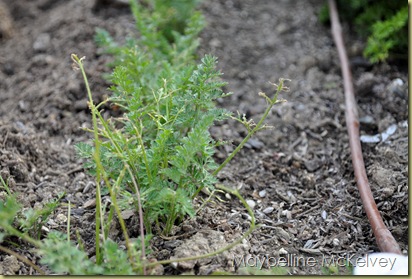 The offenders seem to prefer beets over carrots.  Nevertheless, damage is occurring in the carrot patch as well. 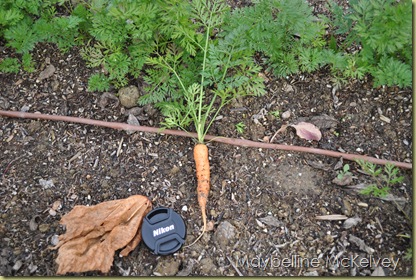 On New Year’s Day, this is how well the carrots had progressed.  Have you ever eaten a carrot right out of the ground?  Yeowsa! 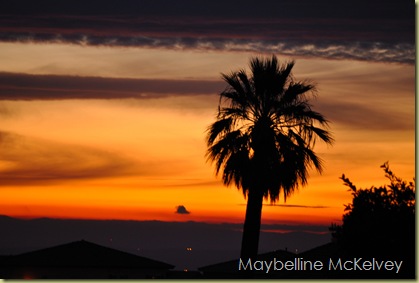 Last evening, I waited for the sun to be set for an hour or two.  Waiting for darkness insured me the element of surprise to catch any offenders in the act.  I armed myself with a flashlight and camera.  Pumpkin, the yard cat accompanied me.  We were on a mission.  I envisioned hoards of pill bugs invading my garden. My assistant and I walked in darkness to the 1st crime scene then blasted the flashlight on  the cabbages.  Nothing.  Nothing at all.  We moved in darkness to the beets and carrots.  Same results.  What the??!!

The mystery continues.  I’ll try going out later tonight to catch the culprits.  They must be stopped.

Posted by MAYBELLINE at 2:05 PM

Slugs? is that a problem where you are? Those bastards are my nemesis.

No slugs or snails. The vegetables are surrounded by gravel and stone. Slugs don't like that.

We have the same kind of damage on some of our potato plants. The only bug we got on these last year were earwigs, but I don't remember them skeletonizing the leaves in quite the same way and it was much later in the season. Maybe all this warm weather has brought out the bugs....pray for a freezing night or two?

Bring on the chill. However, all the blooms are starting to pop. It's a circle isn't it?

I've got bigger criminals in my little raised beds. I'm suspecting foxes or ground squirrels. Something that can dig up produce then happily munch them on my back steps. Then leave their debris for me to find. I'm hoping I get to taste my carrots before the varmint does.