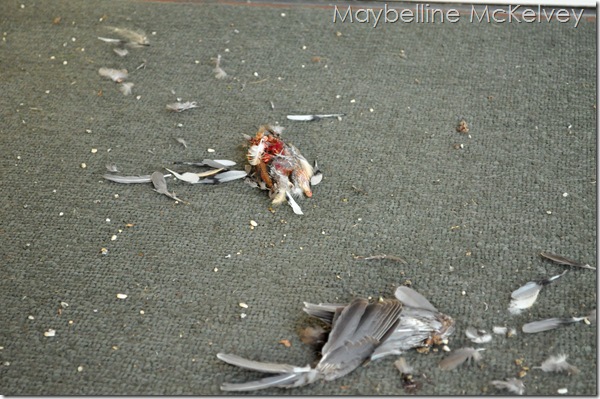 Who left me this gift of bird parts just outside my patio door?  The evidence was fresh.  I had to act quickly in order to find and stay on the trail of the culprit that was responsible for this slaughter.  Oh yes.  The carcass was that of a mourning dove.  Dovie was not on her nest in the grape arbor. 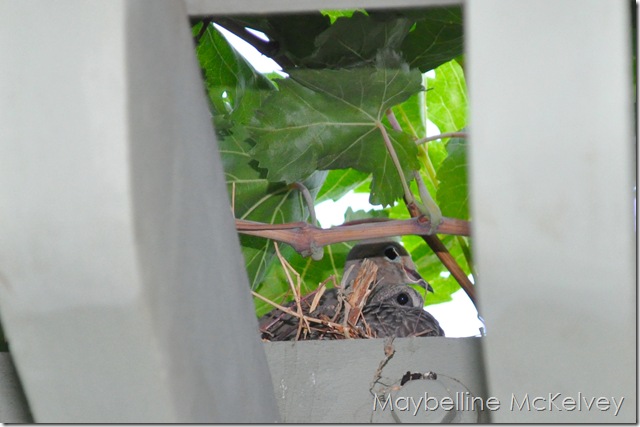 The chick had flown off after the start of Dove Season; but Dovie would hang out in the sweet apartment she was claiming as her own like a squatter in a McMansion.  She flew down one evening feeling very safe as she landed very close to Pumpkin.  Her escape should have been a lesson.  Doves have never been guilty of being smart.  Since Dovie was nowhere around the garden, I assumed that my patio gift were her remains.  Now who committed the deed? 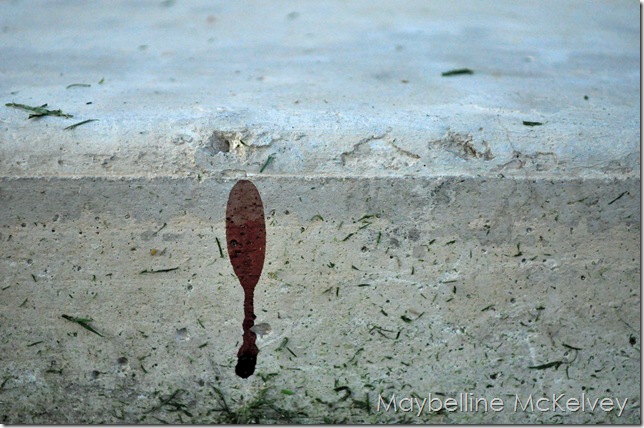 As I collected samples for the CSI lab (waste can) I noticed blood dripped onto the garden steps and pathway that had just been sprayed with grass clippings from the gasoline powered lawnmower (Note:  carbon footprint citation should be issued.).  As I was spraying off the walk and steps to loosen the blood evidence before a stain took hold (Note:  enviro citation should be issued for use of water with abandon.), I noticed that one garden kitty wasn’t hungry.  This kitty is ALWAYS hungry.  It’s hard to be hungry when your gut is full of dove. 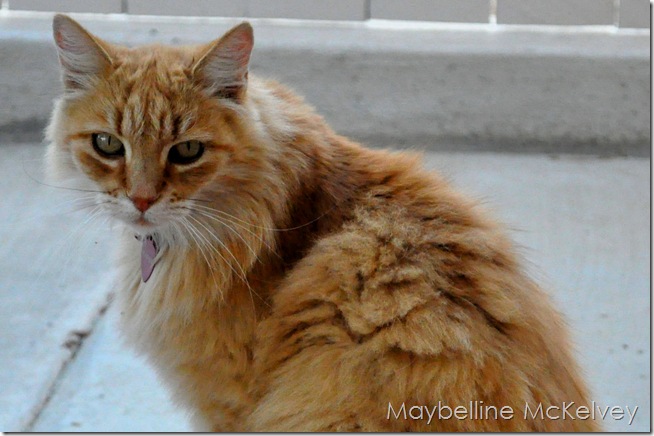 aka The Cutest Baby One

aka Devil Cat (not by me)

Posted by MAYBELLINE at 8:04 PM

Uh oh. Gruesome. Your photos are quite chilling.

The dirty little secret of doves is that they're kinda aggressive. For someone whose blog is named after doves, I can appreciate the irony that these birds of peace are actually pushy bastards.

Oh My..I hope it was a quick and painless death for the poor Dove..:(

My guess is that the dove had a slow, tortuous death. That seems to be the way cats operate. They play with their prey until the prey is no more.