The O’Henry Peach is enjoying its 2nd season.  It was planted in early 2009 as bare root stock and has been trained as an espalier.  All the fruit trees were sprayed with cooper sulfate and pyrethrum on New Year’s Day.  The fertilizer used during the 2009 and 2010 season was Dr. Earth Fruit Tree Fertilizer.  Sweet Peas were planted under the peach and other fruit trees but I will not do that again.  I’m keeping the trunks clear to discourage any kind of boring insects to cause any damage.

O’Henry grew well and formed many more fruit in the early spring 2010 than in 2009.  However, many of the fruits were knocked off during a spring wind storm.  That’s fine.  The branches are still too weak to hold fruit.  Even so, about five peaches made it to maturity.

Here’s a picture journal of peaches growing into big, luscious, sweet fruits you should covet.  Yes, they are just that sinful. 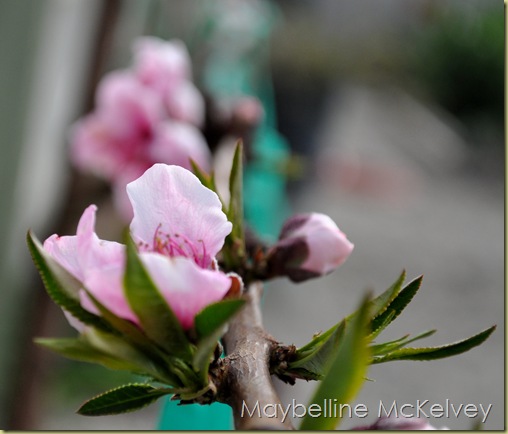 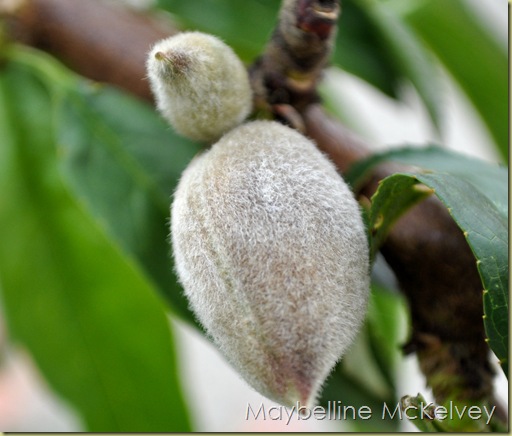 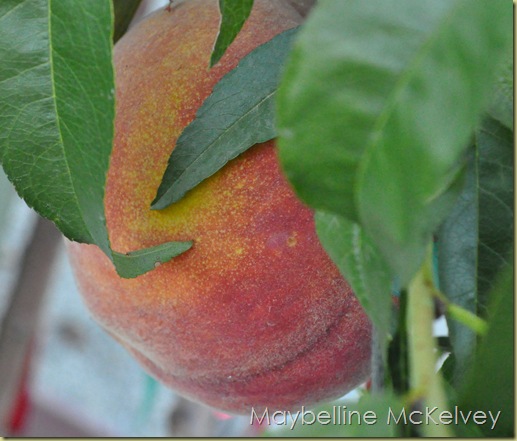 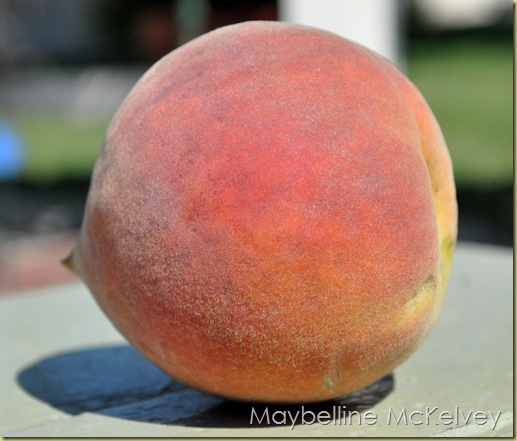 This one dropped off around August 13, 2010 and is being used as an example of the form, color, and size of an O’Henry Peach. 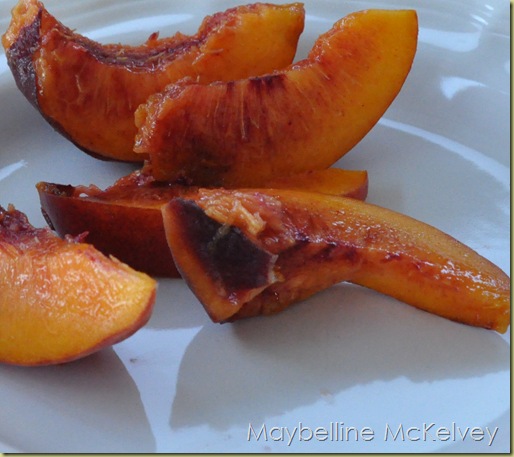 Dark orange-red and very sweet.  O’Henry is an excellent peach to grow in the Bakersfield, California (zone 8-9) area.

Posted by MAYBELLINE at 9:29 PM

Yum! I absolutely love peaches. I put up about 25 lbs of peaches just last week... Oh, for the love of winter cobblers! They were extremely sweet and juicy, and looked very similar to yours, but I'm not sure what variety they were. They were a well received gift from a dear friend. A very good friend indeed.

I love those yellow peaches! I don't much care for white peaches or those donut-shaped ones. The good old yellow peaches are great.

I made a pie of some beautiful ones last weekend. I bet yours would be fantastic in a pie!