It’s time to honor all those dads and granddads that contributed in so many ways besides in the garden.  Happy Fathers’ Day to all great dads. 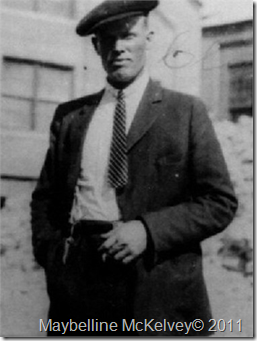 I never new my grandfather, Clark.  Neither did my father; so much of Clark’s life is romanticized by those left to carry on.  Me?  It doesn’t matter if I’m right or not.  This is how I see it.  I fancy him in the role Brad Pitt played as Tristan in Legends of the Fall.  Clark was more than a handsome farmer/rancher in Wyoming in the early 1900s.  He was a bootlegger.  So was Tristan.  I have heard that he (Clark) was one of the best between our two borders.  He died in 1931 of rabbit fever leaving 10 children and a tough woman to raise them. 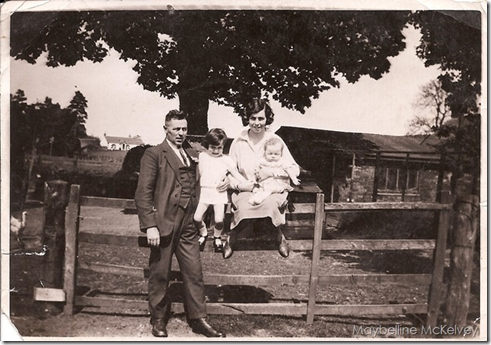 I only met my Grandpa, Jimmy, twice.  Once when I went to visit him in Scotland and once when he came to visit me in America.  His quick banter in a very thick brogue is one thing I remember.  He was excellent in the garden and had a high pitched laugh.  I know.  Those reel-to-reel tapes need to get converted so I can share his conversations.  Reels were exchanged over the Atlantic to avoid the steep charges for a telephone call.  I have a bunch that need conversion but need a trustworthy source. 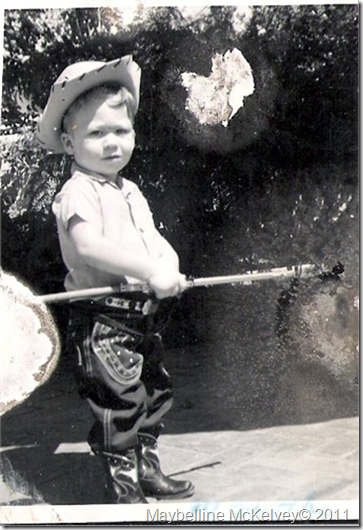 Farmer MacGregor has an incredible knack with tools and paint brushes.  It showed at a very early age.  Honestly.  He’s a great painter.  Not like Dali and Monet.  More like Dutch Boy and Benjamin Moore. The man takes great pride in his ability. 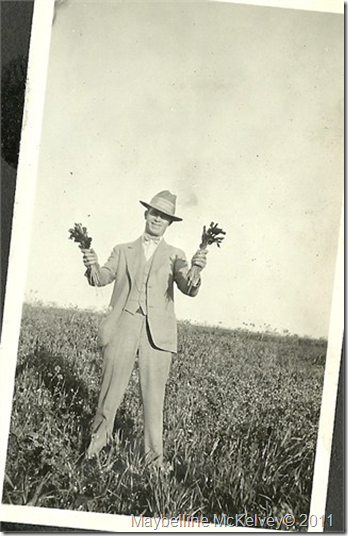 One of the fellas that encouraged Farmer MacGregor in so many ways was his grandpa, Lee.  Sure.  He’s pictured with fists full of carrots; but I don’t believe he was ever noted to be a gardener.  A kind, sweet man – yes.  An Angels fan – yes.  A gardener – no.  He also passed on incredibly blue eyes. 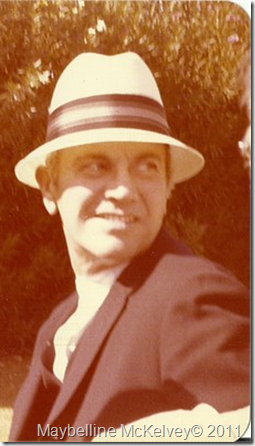 Farmer MacGregor’s father was a character.  He had one skill that I would like to obtain.  The man knew the Latin names of plants.  Dang.  For you, Jerry, Marco Polo If You Can. 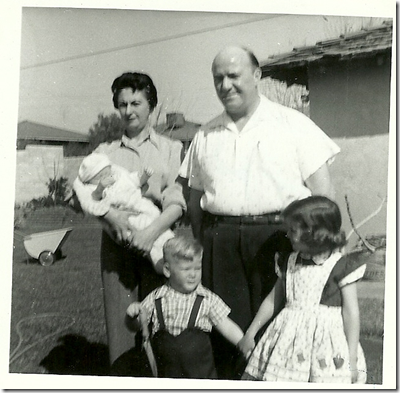 Itzzy is Farmer MacGregor’s other grandpa.  His family’s business was produce.  I would like to have been able to pick his brain a bit.  One day I will know the end of the ping pong table story, Itzzy.  Count on it. 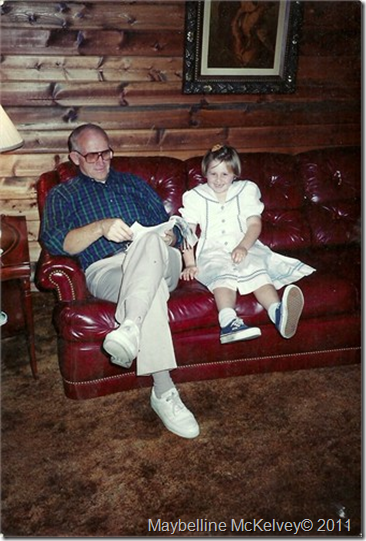 Maybelline’s Garden blog was started so my father could enjoy what was going on the in the garden from the comfort of his computer chair.  He enjoyed most everything out in the garden.  He enjoyed reading.  He enjoyed listening to and playing music.  He enjoyed laughing.  Looks like he just told a funny one.  Genealogical addiction has brought me to discover many stories about many relatives.  Not one story is bad about my father.  EVERYONE has something nice to say about him.  Remarkable but not surprising.

Our fathers have such an influence on us.  Thanks guys.