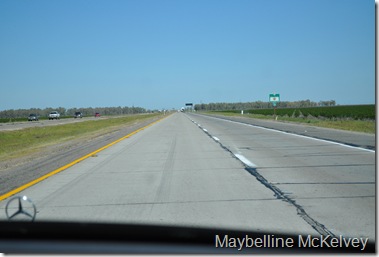 Farmer MacGregor and I got Old Bessie out and took a ride to spend a few days in Sonoma recently.  Getting ready for a trip is a huge reason why I don’t like to go anywhere.  The preparation for this trip was especially tedious because the homestead was being fumigated while we traveled.  Everything came together the Monday morning we were to leave.  All the items that needed to be removed from the house were removed.  The animals had been taking to be boarded.   Valuables were secured.   Everything had been heavily irrigated.  We were set.  The weather was beautiful and clear as we headed north for a few days of scenery change. 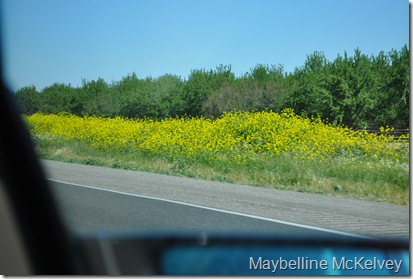 The wild mustard was thriving along the road on the edge of almond orchards.  I’m not familiar when pistachios bud; so I couldn’t tell if the pistachio orchards were being let go fallow or if they hadn’t broken yet.  The pistachios are the grey matter in the center of the photograph below. The central valley of California is in the middle of a political battle for water.  There has always been a battle for the power of water here and I suspect that there always will be.  Farmers are making their opinions known with the sad realization that their elected officials will continue to ignore their demands/needs (ala health care).  Please understand that the green grass is simply a result of the recent rains.  It too will join the dead trees. 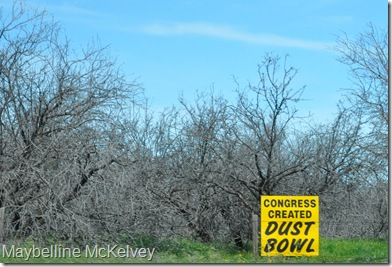 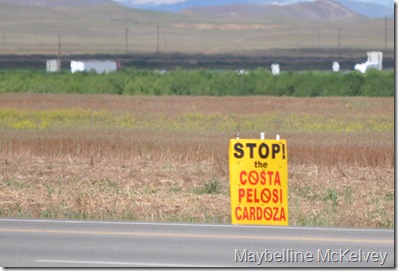 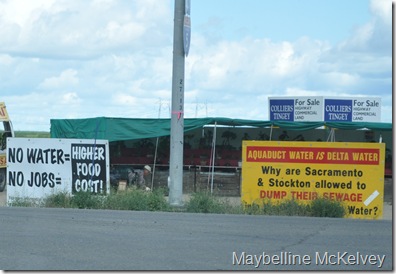 I’m very familiar with the politics involved in this situation and I’m very aware of the amount of money/power at stake.  The fallowed fields means either the farmers are fallowing their fields to make a point or they are fallowing their fields because they cannot afford the water or there simply is no water to be delivered.  Seeing the dead patches along I-5 really punctuated the dire situation. 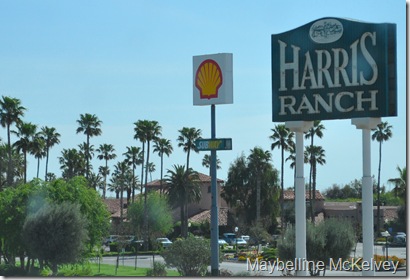 Harris Ranch is a nice oasis in Coalinga to stretch, refresh, and have a bite to eat.  Farmer MacGregor had pot roast going and ham & eggs on the return trip.  I had a chicken wrap northbound and a hamburger coming home.  It’s a recommended stop for travelers driving or flying (There’s an airstrip.) up or down California.  The place was developed by cotton farmers who worked hard and succeeded parlaying their success into cattle and race horses. 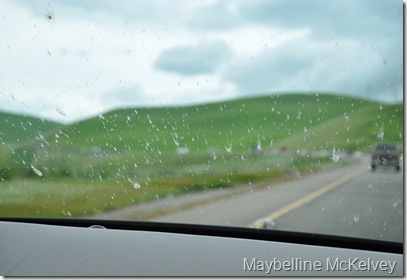 Old Bessie did her part in insect eradication.  In just a few short hours she went form freshly cleaned, polished, and waxed to a fly swatter stand in.  We knew we were in the northern half of the state by the rolling green hills.  Those hills are home to wind mills.  The Tehachapi Mountains to the south have loads of windmills (maybe more and bigger too!) 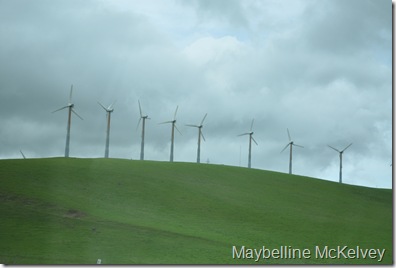 As we traveled north, the clouds darkened and Old Bessie was rinsed clean.  Rain is always a welcome event.  There was a bit of a navigational snag at this point though.  Just know the new fangled GPS gizmo demanded we take one route while the map showed something better.  The gizmo was shut off.  The map was ripped to shreds; and we made it just the same. 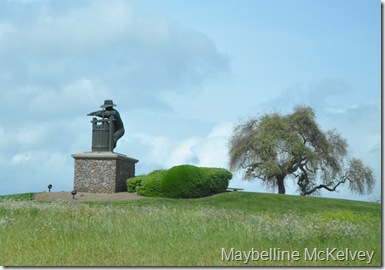 Sonoma is a quaint, very quiet town.  The town square – Sonoma Plaza - reminded me of Back to the Future. 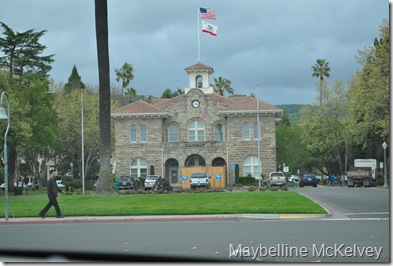 We took a right turn here to get to where we would be staying a couple of  nights.  Just around the corner is the Ledson Hotel.  We had to drive through the tunnel to get to parking in the rear.  Ours is the center room there.  It’s called Winslow’s Room. 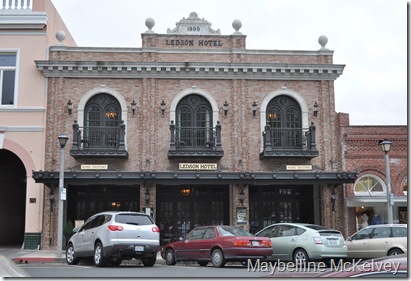 Who Winslow is, I don’t know; but this is what the room looks like. 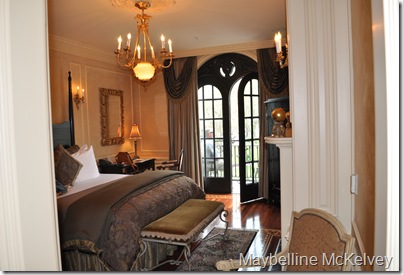 This is the view from the balcony.  Take special note:  the sidewalks are unrolled in this photo.  They do roll up the sidewalks very, very early in Sonoma. 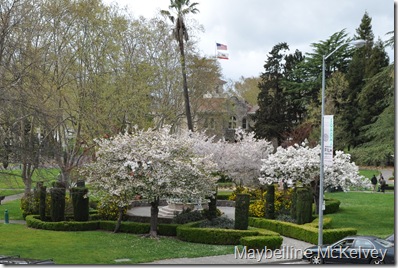 The balcony is no doubt a great place to sit and enjoy the scenery.  On Tuesday nights there is a Farmers’ Market in the square – Sonoma Plaza; but those don’t start until April.  Dang.  See the glass awning overhanging the sidewalk?   Kinda cool. 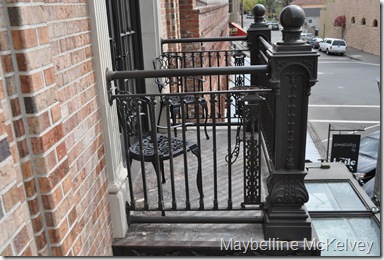 Here’s a closer look at those blooming trees (Anyone know what they are? Cherries?). 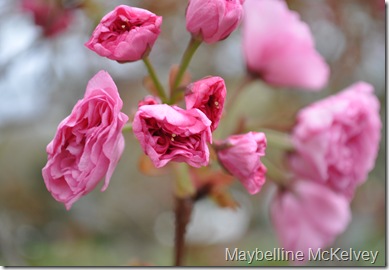 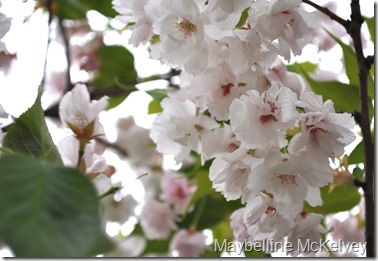 Farmer MacGregor dined at La Salette  Monday night.  I didn’t see anything on the menu that I cared to try; so I was just a companion.  I gave him 5 stars to rate the place and he did.  He awarded La Salette 1 star.  Whoops.  Boy, I’m glad I didn’t take a plate.  We made our way down to Murphy’s Irish Pub to see if they had something I could enjoy.  They did.  I had some sausage rolls – which I cannot recommend.  They were sliced bangers with jalepeno cheese in puff pastry.  I know.  I know.  But I thought I would try it.  If any DBE members are reading this DO NOT try that recipe.  Stick with what you know gals.  They were way too greasy.  Nevertheless, it was a fun place and Farmer MacGregor enjoyed some liquid warmth.  “It’s hot in here!” 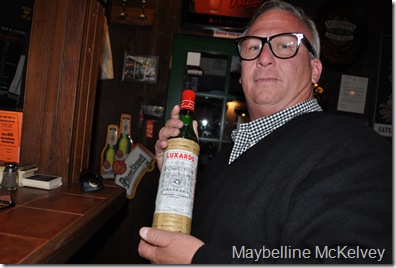 We enjoyed plenty within walking distance. 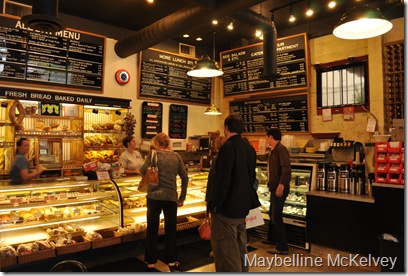 The Basque Cafe full of fresh baked goods but no XXXXL t-shirts. 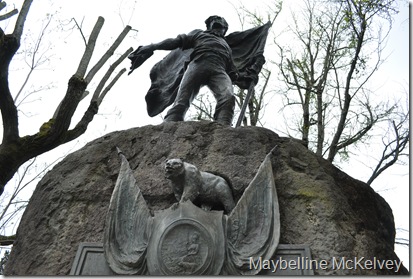 The sight of the Bear Flag Revolt.  Who knew?! 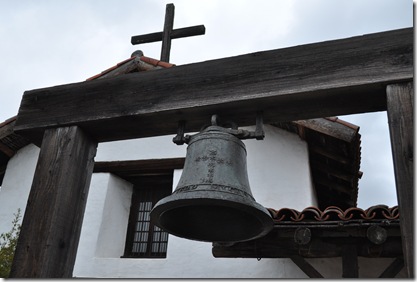 The Mission San Francisco Solano.  There was a tour of 4th graders on a field trip to the mission as we were taking our self-guided tour.  That brought back fond memories of being a chaperone to Mission San Miguel near Paso Robles. 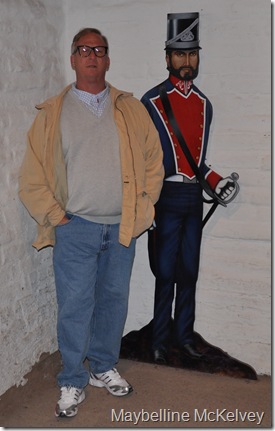 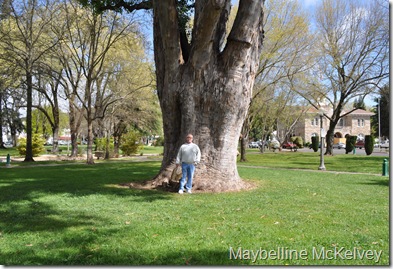 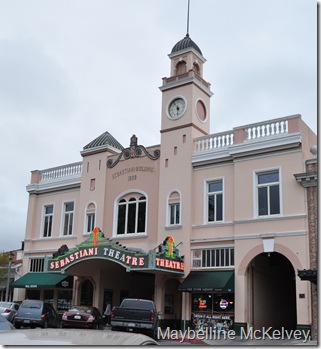 The Sebastiani Theatre was showing Easter Parade; but we were at La Salette and missed the 7pm showing.  There are shops and restaurants lining the plaza.  Why isn’t William Sonoma in Sonoma?

Next up, adventuring beyond Sonoma.

Can't believe you didn't give me a heads up that you were headed to Sonoma. I was holding court at The Girl & The Fig (where you would have had an excellent meal), treating the bartenders to our excellent Rose. And you could have had a bottle of it, since picking it up from my hands is the only way to transfer it until we are bonded.

You're too kind, Lisa. We'll return someday. Perhaps for the Jeff Bridges concert.

Sonoma is a wonderful place.

Thanks for sharing your trip with us.....lovely photos :)

I'll never forget the big drought we had about seven years ago. In San Francisco (which has plenty of moisture) we were reduced to plugging our bathtubs and saving shower water (2 minute showers only!) to use in watering our plants. We were on allocation for 50% of the water we'd used last year. Then I'd call my friend in LA and he'd complain that he could only hose down his driveway every other day because of water rationing!

Let's stop wasteful water usage (can't you sweep instead of pouring gallons of water on your driveway) and save that water for critical needs -- like farming and salmon runs.