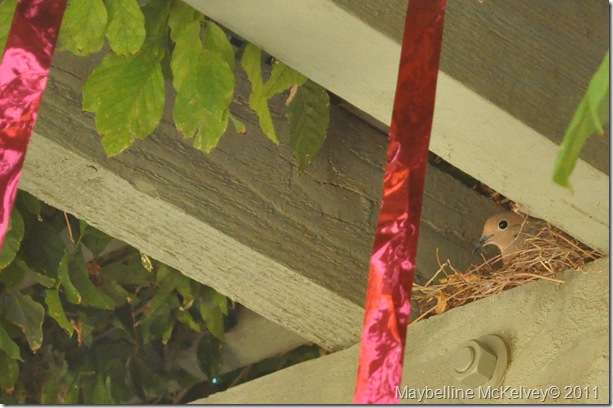 She’s baaaaack.  I will believe that this is the same mama dove that built a lame nest on the other side of the beams a few weeks ago.  Why?  Because that lame nest she built fell down causing the death of her two newly hatched chicks.  So.  She went out on the town and got knocked up again.  Come on girl.  Don’t you know that Dove Season is less than two weeks away?  Nonetheless, I don’t believe that the manufacturers of scare tape will be contacting me for a testimonial even though it works pretty good against the other breeds of birds around here. 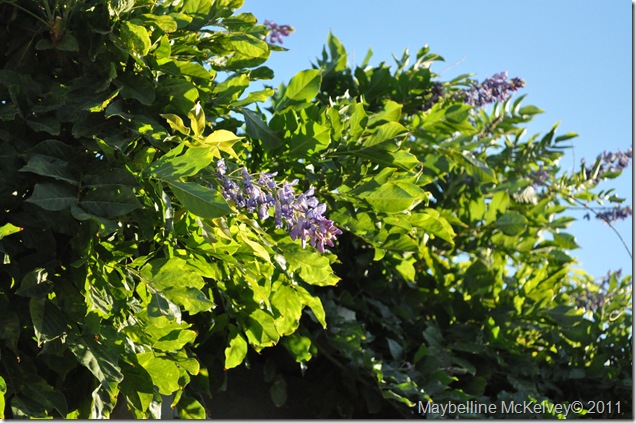 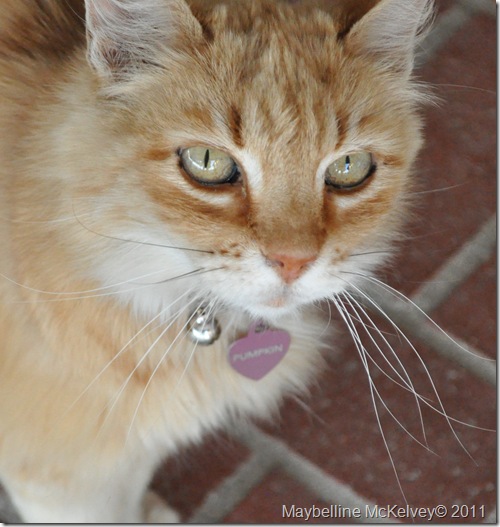 Posted by MAYBELLINE at 8:34 PM

And if your wisteria is still blooming all I can say is I am green with envy........mine hasn't bloomed for several years dammit...what am I doing wrong? Leaves it makes, blossoms no.

LOL, it is 'open bird season' period at are place all the time :)

I think it's wonderful that you decorated her place with pretty little ribbons! LOL