As 2010 winds down, I would like to review what was grown in the garden and determine what worked and what didn’t.  I’ll take a few areas into consideration when I award rating stars (5 stars is the best). 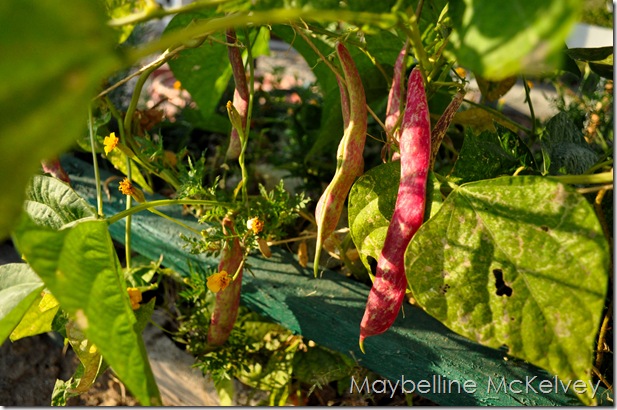 This summer was the 1st time I tried growing Borlotto Solista Beans and it won’t be the last.  In fact, 2011 may be the year of the bean in the garden.

The only drawbacks I had growing Borlotto Solista Beans fall squarely on my shoulders.  I didn’t plant enough.

Posted by MAYBELLINE at 9:20 AM

Wow what a beautiful looking bean. Attractive and edible. I like your idea of growing it on an arbor. I planted some black beans this past spring and the grew beautifully. The flowers were a wonderful lavender - purple. But NO beans formed at all. I have some Dragon's Tongue to try next year. I will add Borlotto Solista to my list of things to try. Not only do they look good, they sound delicious. Sincerely, Emily

Those beans are gorgeous. I love beans, and it would be great to cook beans that were so pretty!

I think it's great to grow beans for drying .. will have to try it next year. Thanks for the inspiration!