On a scale of 1 to 10, having an infestation of scale on my grapefruit tree rates about a 9.  I noticed that ants had been skeletonizing the leaves of the Rio Red Grapefruit and Robertson Naval Orange.  Thankfully, Farmer MacGregor will not stand for interlopers in the garden and went into attack mode.  He loaded his weapon of choice (garden sprayer) with a few rounds of ammunition (Take Down Garden Spray).  His initial mission was to spray the trunks of these two trees to prevent the ants from getting to the leaves.  That mission increased dramatically when he discovered the scale he thought he had licked was back. 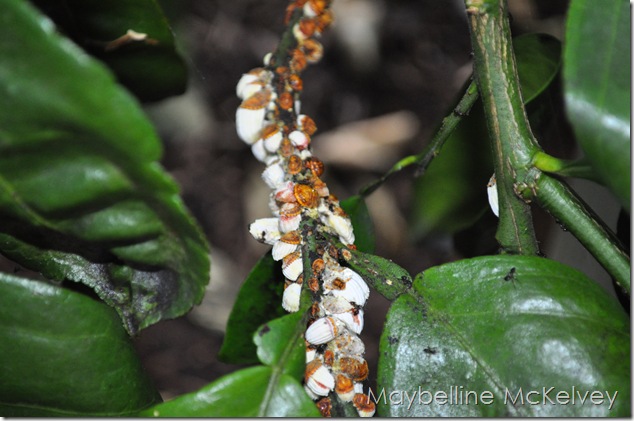 The citrus had been sprayed with Take Down over the winter but it must not have been enough.  Take Down Garden Spray is a mixture of pyrethrums and canola oil which can be used to control a wide range of insects during the dormant and growing seasons. The unique combination of pyrethrins and canola oil has a dual effect which helps to control both adult and juvenile insects.  The oil is supposed to smother the stinkers IF they are covered.  If not, scale is moved around by the ants to suck the life out of a tree and leave honeydew for the ants.  Ants are kinda like cowboys of the bug world.  Black sooty mold is resulting from this infestation.  Old MacGregor will need to follow up with another application in about 10 days to beat these suckers down.  Scale has only been recognized on the grapefruit tree but the orange tree is close enough that the ants may have started their shenanigans over there.  To be safe, both trees will be treated. 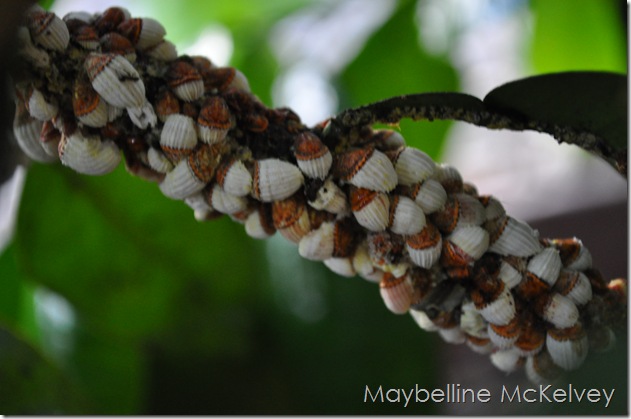 Once the scale is eradicated, any damaged limbs will be pruned out.  There isn’t any litter under the trees and I’ll keep it that way.  So far, the emerging fruits look untouched.  These strange bugs look more like a fungal growth than insects.  I hope to be able to post of a successful take down.