Mourning doves in the garden have been a thorn to me this season.  The trash they dragged in to try to construct so many feeble nests.  Their poop they let fly with abandon.  And most recently, two chicks – Tisket and Tasket – were determined to meet an early end a la Charles Darwin.  This afternoon, I needed some onions for some salsa so I headed out to the garden to grab a few.  GASP!  A collection of small feathers that looked to be those of a mourning dove were on the lawn in the shade of the Chinese Elm tree.  Pumpkin!  What have you done?  The basket in the grape arbor was empty.  No way would Pumpkin take the initiative to climb up and grab a snack.  Once upon a time Pumpkin was known to sit under the bird feeder then spring at least 5 feet up to snag a dove.  Not now.  Time has passed.  The chicks must have made another lame attempt at flight and fell right on top of Pumpkin.  The old gal may not be as limber as she once was but with time she has gained wisdom and patience.

I continued on into the garden to pull some onions.  Up in the grape arbor rested an empty basket that briefly held Tisket, Tasket, and their mama.  C'est la vie.  While pulling onions I spotted Tasket tucked amongst the onions.  I snagged her and put her back up in the basket.  At sunset, the basket was empty.  Let’s simply believe that Tasket made a successful flight to the neighbor’s dilapidated orchard and is resting comfortably in a dying lemon tree.

Some creatures believe that you can’t fool Mutha Nature… 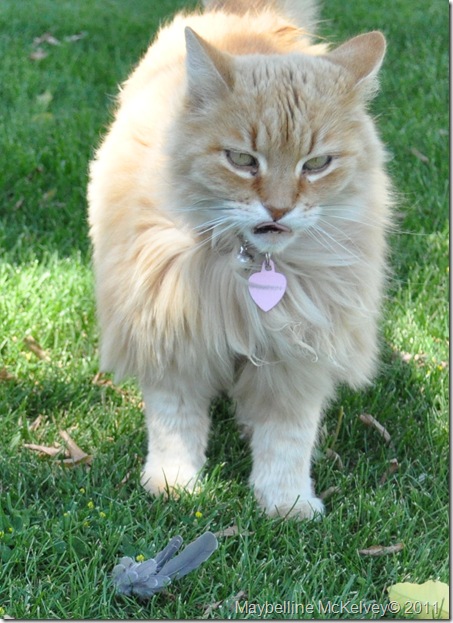 …while other creatures have no opinion. 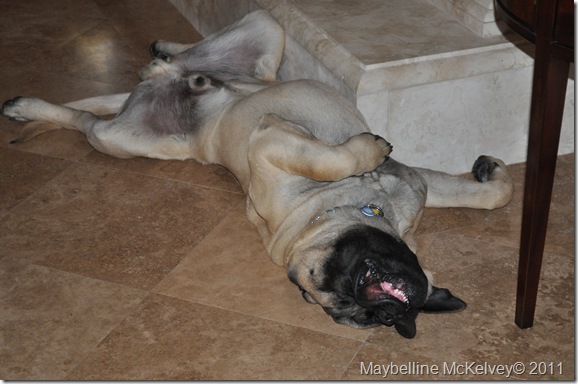 Posted by MAYBELLINE at 8:00 AM

Meanwhile, the dog is hilarious!! Jack does that exact same thing - with the same facial expression.