I’m out in the garden well past twilight working and inspecting.  It’s about time to harvest the garlic that was planted back in October 2010.  I’m a lousy record keeper regarding the garden; and blogging is helpful but I didn’t note what date the garlic was planted.  At least, I can’t find record of it.  It was sometime in October.  Now the garlic is starting to dry out.  Today the drip lines were pulled away from the garlic and onions because irrigation will switch to automation in the morning.  Prior to that the garden was watered manually as needed. The temperatures are climbing into the 90s this week so it’s time to rely on the water conservation system to keep the garden and gardener happy.  This will help prevent swamp pants. 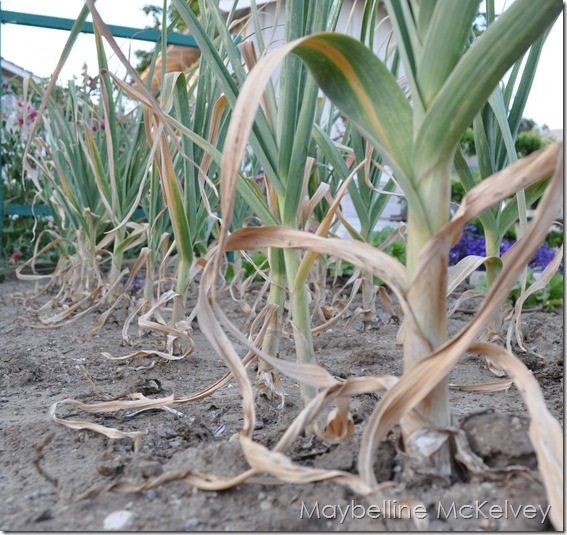 The variety of garlic is a mystery.  In the fall of 2009, I picked up a package of garlic to experiment with.  It grew.  The harvest was dried (cured) then braided and used from June to December.  There was a small, junky head that remained from the braid so I busted it up and planted it in the fall of 2010 to see if it would grow.  It grew.  The circle continues.  From about 40 cloves of garlic came 40 heads of garlic.  The initial investment of 30 cloves was probably no more than $5.  From that came 30 heads plus 40 more. 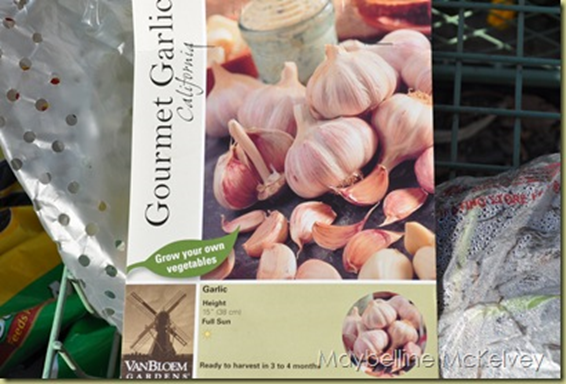 How much garlic can you buy in the grocery store for $5?  I don’t know.  I believe I’m getting a pretty good return on my investment AND I know how it was grown.  That’s a pretty good feeling.

The summer garden is moving right along.  Here’s what has been going on:

It sounds like you have a great garden! I'm just doing my little square foot garden area but I would like to find room in my backyard for more veggie beds. I haven't tried garlic but it's good to know that it's easy!