I’m a Pepper. You’re a Pepper.

Remember that Dr. Pepper jingle from the 1970s?  Oh, it’s stuck in my noggin.

The heat has been turned up in the garden and everything is starting to pop.  Here’s an update: 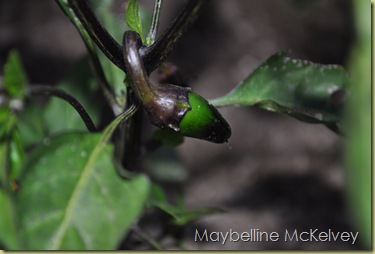 The Black Hungarian Peppers have started to develop.  This variety of hot pepper is definitely living up to its name – BLACK.  All the varieties of tomatoes have fruit.  Carbon won the award for most bashful as it developed last.  Now I need to decide if I want to prune off lateral branches to encourage vertical growth up the string.  Like thinning seedlings, this may take psychological strength. 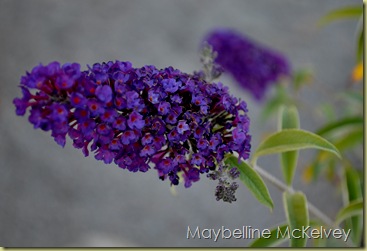 The Butterfly Bush is in full bloom.  It’s about a week behind where it was in 2009.  I guess it’s because of the mild spring weather that its schedule is slightly off.  This variety is Black Knight.  It’s deciduous and blooms on new growth.  In the fall, it needs to be pruned down severely.  If sugar was a flower, it would be a Butterfly Bush.  The scent is sugary sweet to me. 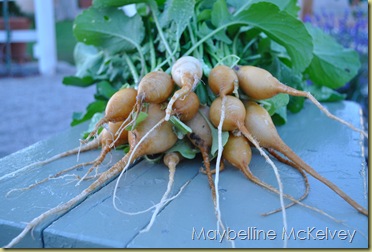 Jaune D’Or Ovale radishes are taking off faster than I can eat them.  They will be distributed to friends and neighbors for their enjoyment.  The radishes were planted with a row of Mule Team tomatoes to ward off pests.  So far, so good.  As these are harvested, a new crop will be sown.  These radishes are mild. 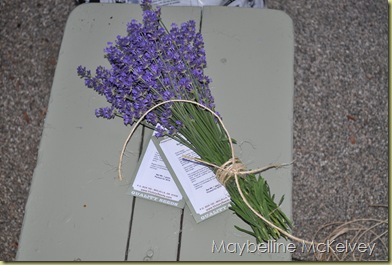 Summer Savory was planted in the holes of the cinder blocks where the Borlotto Solista Beans are growing.  Insects are repelled by this herb.  The peppery taste helps flavor the beans.

I also planted some Italian Parsley.  The directions on the seed packet from Victory Seeds directs me to freeze the seeds for 3 – 5 days and to soak them in warm water for 4 hours before planting.  Phewy!  I just sprinkled the seeds in some rich soil and lightly covered them.  They are being irrigated with a drip line.  Hope my shortcut method works just as well.

As always, my supervisor was there to oversee all the work. 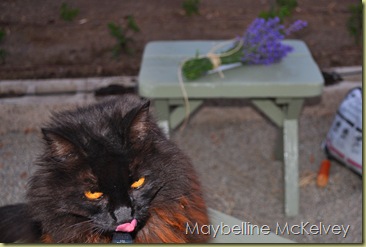 Licorice had a sister by the name of Pepper.  Good Old Pepper is buried on the other side of the garden wall.  She was a good cat.

So with Black Hungarian Peppers, the peppery taste of Summer Savory, and thoughts of Pepper the Cat, I was humming the Dr. Pepper commercial from the 1970’s.  The video quality stinks; but the tune is just fine.  Enjoy the ride in my time machine. 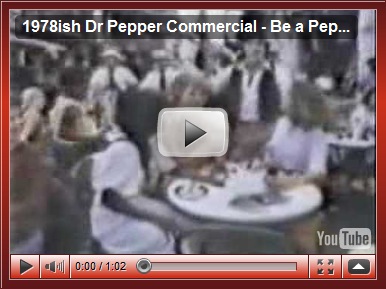 Posted by MAYBELLINE at 9:30 PM

Maybelline, I've never grown those particular varieties of pepper or radish. But they are beautiful! They look delicious, too. You certainly make me feel like a slacker where the garden is concerned, but I forgive you. ; ) Melissa

Licorice matches the peppers! We once had a black lab puppy named Licorice.

I like the radishes. With their French name, are they a cultivar from France?

And I love me some buddleia.

So nice that the temp finally went up! My peppers have blooms and I have a handful of green tomatoes! I now and finally seeing daily progress going on in the garden. Your lavender looks gorgeous! This year will be the first time cutting back our butterfly bush (when do you do this?) Thanks for the post!

*Melissa - You're certainly no slacker. The radishes are mild and crunchy.
*Aunt Snow - Those radishes are French.
*And - I cut the butterfly bush back in late fall/early winter when it's dormant.