Gold in the Garden & Podcast Update

How much does a pirate pay for corn? 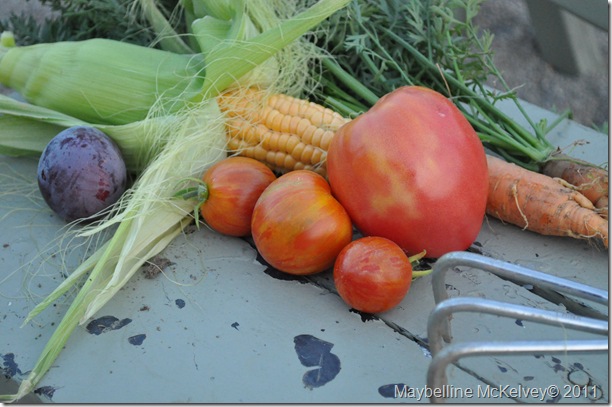 Harvest time is in full swing in the garden.  The apricots were a success.  That little tree produced about 4 dozen pieces of fruit.  The Santa Rosa plum gave a bounty too.  Excellent.  I don’t  measure and weigh the harvest; so those details simply aren’t tracked and recorded.  The tomatoes (Tigerella and Cour Di Bue pictured) are starting to ripen and carrots are mature enough for pulling.  BUT the big news is that I’m a successful corn producer.  Not a farmer; but, dang it, I was able to harvest my 1st cob last night.  GOAL!  All I wanted was to sample one cob that I had grown.  Now that I’ve met that demand, I need to learn the finer points of freezing corn.  Golden Bantam Yellow Sweet Corn was planted in waves with the hopes of having fresh corn all summer long.

I’ll consider growing pop corn if I learn that it tastes as good or better than my preferred brand – Orville Redenbacher. 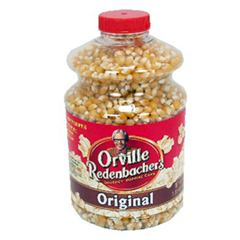 Sadly, this “podcast” has come to a sudden end.  The fruit on the Split Leaf Philodendron broke off from the plant on June 29.  The pod-like fruit looks like an elf’s slipper. 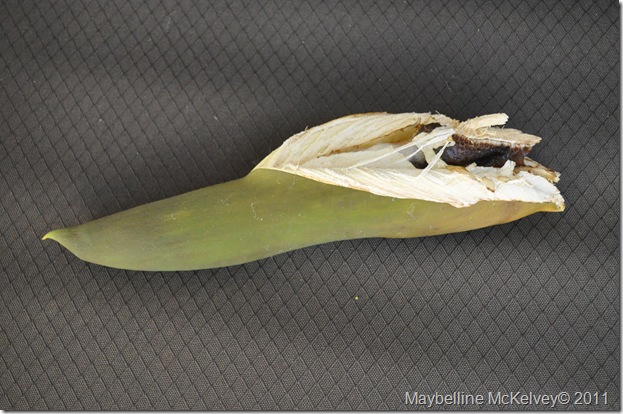 Curiosity got to me; so I split the thing open to learn what was going on inside.  Kinda looks like a weird banana. 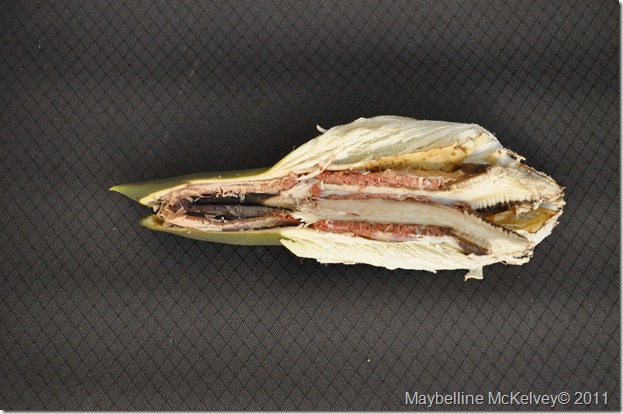 I’ll be watching for this next June.

Posted by MAYBELLINE at 5:47 PM

Congrats on the corn! I can't grow it here-too cold, but nothing beats a FRESH ear of corn boiled up and SLATHERED in butter. Yum!!
:)