Fruit in the garden comes in waves.  Boysenberries, apricots, and plums ripen earliest.  Those are all finished for the summer.  Strawberries sustain me until the next wave ripens.  Watermelons, grapes, peaches, and apples are in various states of maturity. 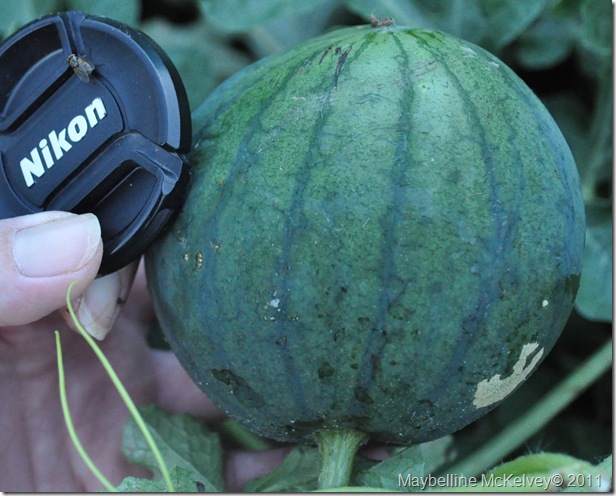 This could be one of two varieties planted – Malali or Sugar Baby.  Malali was planted first; but the pill bugs were getting the better of the sprouts.  Sugar Babies were planted with hopes of filling in wherever Malali failed.  Currently, there is an aphid problem.  The leaves are blasted each morning and that seems to be bringing in more ladybugs to do their thing.  It looks like I have made a friend with a pesky fly.  Geez, I need to file my nails. 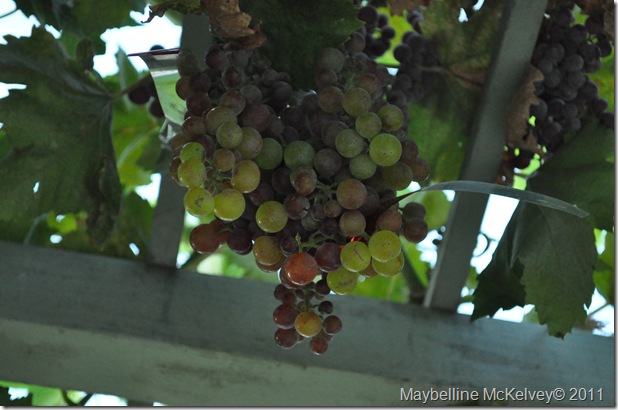 The grape arbor is bustin’ with loads of Red Flame grapes this summer.  The bunches are in various stages of “redness”.  There was an initial problem of having mourning doves nesting on the top of the arbor; but once the first birds flew the nest the scare tape has helped to keep all other birds away. 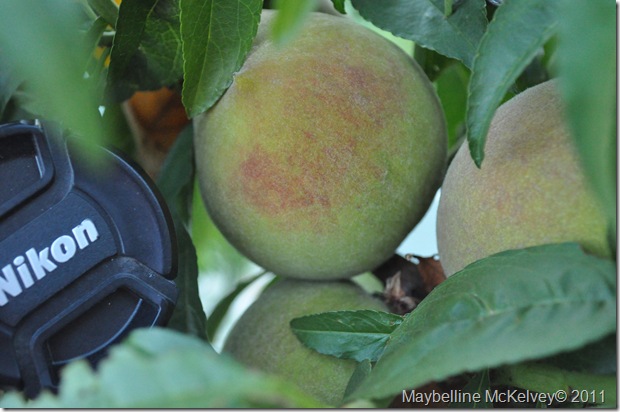 O’Henry peaches are due to mature sometime in August.  There were many more earlier this season; but the tree has naturally thinned itself down to the size of crop it can hold.  These really are tasty peaches. 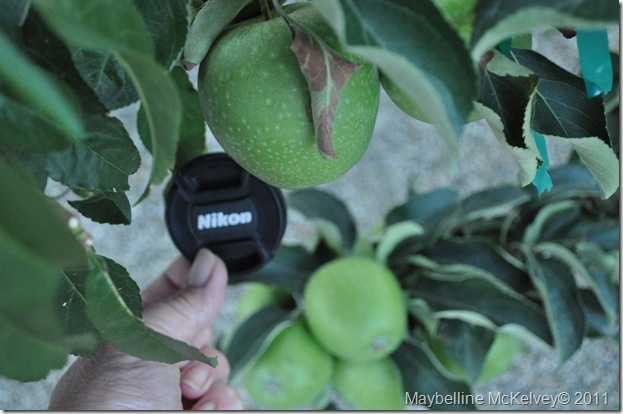 Granny Smith apples should be ready after the peaches are done.  The tag from Dave Wilson lists maturity “very late” in October or November but our local nurseryman said that we should have harvested in August.  This one will be played by ear (mouth).

There’s citrus to look forward to during the winter – lemons, oranges, and grapefruit.  The mandarin lost all of its fruit for this season.

I know tomatoes are fruit; but like most people, I think of them as a vegetable so they’ll be featured separately.

Posted by MAYBELLINE at 8:56 PM

You have such a great variety of fruit--you're so lucky to have a climate to grow so much!

We have a robin that raises a family every year in our grapevines. Luckily, it's in spring and she's done by the time the grapes have started to form.