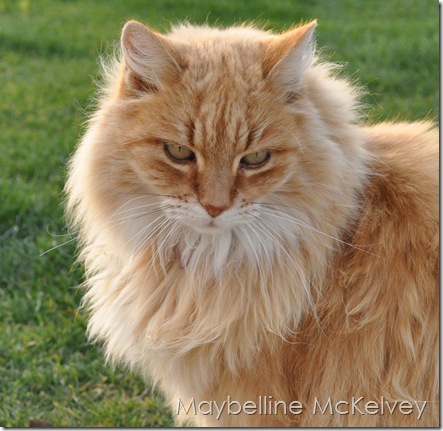 My garden kitty enjoys when the puppy isn’t around.  She may act tough; but she’s a HUGE chicken.  When the puppy’s not around, she will follow me like a little shadow only occasionally allowing me to pet her or pick her up.  She enjoys sunning herself on the gravel paths.  Right now she’s getting ready for dove season.  It’s not until September for humans; but all the birds are getting “twitterpated” with young’ns on the way soon.  She’s going to be a busy gal.

This is a beautiful cat. She even seems to have a mane.